Ten Army Reservists from 159 Regiment Royal Logistic Corps swapped their usual land-based activities for sub-aqua training in Gibraltar.  As well as using the opportunity to develop their scuba diving qualifications, they were also able to employ their conservation skills and explore the local culture.  Lance Corporal Duke shared their expedition progress in their account below… 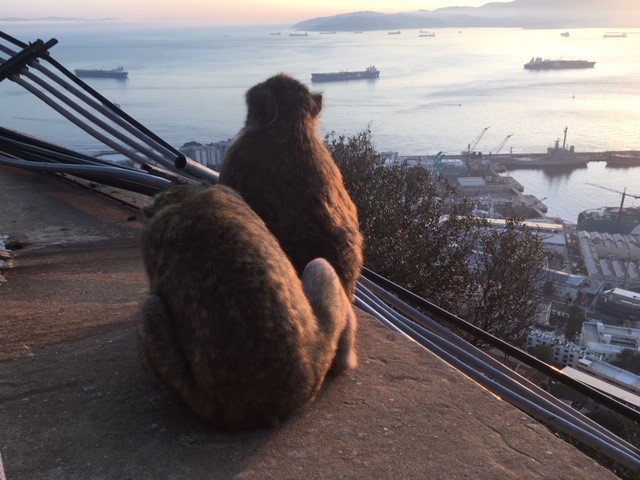 Ten members of 159 Regiment Royal Logistic Corps set out on an 9-day Scuba Diving expedition to Gibraltar.  Of that group 2 were already qualified British Sub Aqua Club (BSAC) Sports Divers and four were BSAC Ocean Divers, all looking to gain more valuable experience and skills under the supervision of highly qualified instructors from the Regiment.

A typical day began with an early start, up at 6am and kit loaded up on to 2 powerful rigid hull inflatable boats, ready for the morning brief at 8am.  Safety and planning was a top priority throughout the trip and being highly organised and on top of all skills and drills was vital in making diving operations run smoothly.

Once the brief and kit were squared away, we headed out along the west coast of the island, where we were able to dive on a variety of amazing sites.  Camp Bay is a popular dive location where several vessels have been purposefully sunk in depths between 8 metres and 22 metres.  This has created a large artificial reef and encouraged huge marine diversity.  These wrecks included Royal Navy cable-laying barges named the 482M and Batty’s Barge which we were able to explore through several entry points. 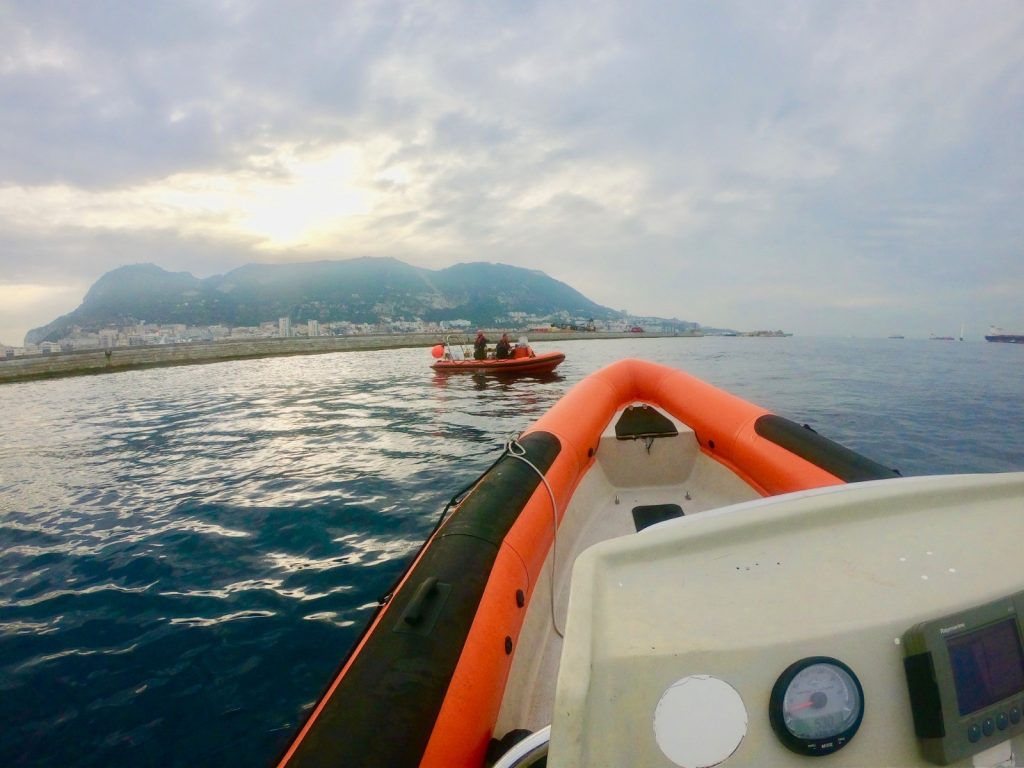 Further along the South Mole was another site called the Seven Sisters where fantastic reefs and rocky pinnacles provided a home for a vast array of marine life such as eels, rays, octopus, starfish, spider crabs and urchins to name just a few.

Another part of our dive locations was Rosia Bay. The bay itself is steeped in history as it was the Victualling Yard where Lord Admiral Nelson’s body was brought ashore in HMS Victory after his triumph at the Battle of Trafalgar. The area provided some great shelter from the rougher sea states and became a perfect spot for training and practicing our skills. There were also a few anchors and cannons laying around in this area, some dating back to Roman times. Excellent history and a perfect sheltered site with depths down to 15 metres.

Something we decided to do as a group throughout the week was to bring up from every dive, pieces of plastic or rubbish from the ocean. With the current worldwide ‘Plastic Oceans’ problem, we wanted to help contribute our little bit to society.  In just the small area that we were diving in, we collected buckets full of debris.

This epidemic couldn’t have hit home further when some of us, me included witnessed first-hand the destruction humans can do when we discovered an eel wrapped around some discarded fishing line. We were able to free it, despite it putting up a fight and trying to bite but sadly it swam away with the hook and some of the line still around it. 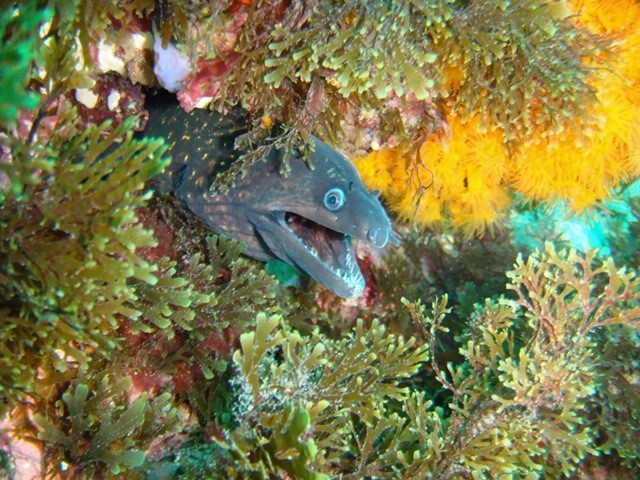 As the seasons were on the turn, so too was the sea and even though we were blessed with some calm days, we also had days where we had some challenging currents and tides, which gave some of us our first experience of handling some drift dives.

It made us really appreciate the power of the sea as it was impossible to swim against it and we found it could change quite quickly. These currents really helped me to develop my diving abilities.

Fantastic surface temperatures of 26°c gave us a week of great diving along with a culture day before we flew back. As you are unable to dive and fly within 24 hours, we took the chance to scrub up on our history of an important island and battle ground for the British military.

A few hours inside the famous rock itself, exploring a mile section of the WWII tunnels, which span out for 34 miles! A drive up to the batteries that adorn the rock couldn’t be missed either with encounters with some cheeky monkeys along the way. 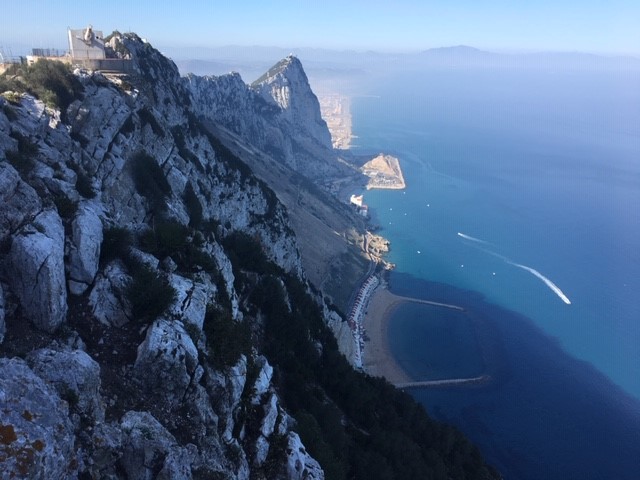 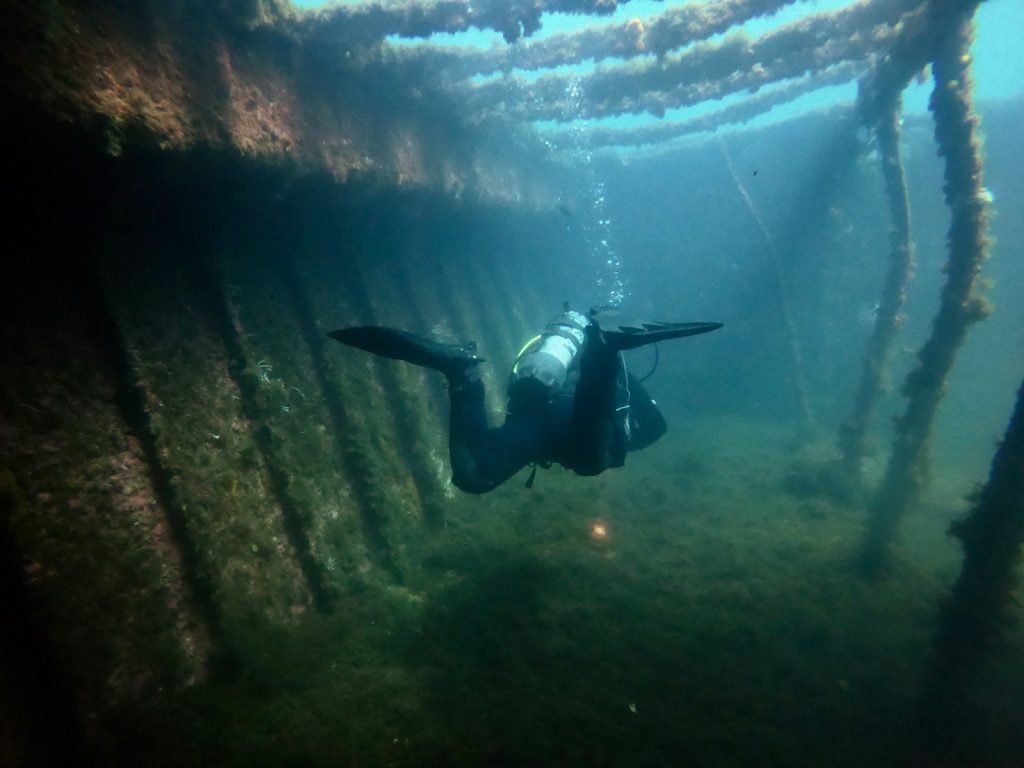 By the end of the busy yet rewarding week, 3 more Sports Diver qualifications were gained and plenty of experience was obtained by those working towards their BSAC Dive Leader. Confidence among us all has vastly improved along with efficiency of loading the boats, helping each other kit up and being prepared for the next dives.

We are all now much more efficient as a team compared with previous years. I personally couldn’t have asked for a better week with such a great bunch of people and am looking forward to next year’s Adventure.

This has done much for recruiting and retention in the Unit, one individual said: “Gibraltar is a wonderful place above the water, but dip below the waves and it is a different world entirely. Epic stuff.”

This was a fantastic opportunity which was enjoyed by all – with much appreciation for the continued support of the West Midland RFCA.

Adventure training is an essential part of a soldier’s development.  It allows them to gain controlled exposure to risk in order to develop leadership, teamwork, physical fitness, moral and physical courage.  The training also improves other individual personal attributes and skills which are vital to the delivery of operational capability in the future.

159 Regiment Royal Logistic Corps HQ is based in Canley, Coventry. Their role is to help manage the Army’s supply chain for exercises and operations. This can include getting equipment, ammunition, food, weapons and replacement armoured vehicles to the right personnel at the right time.

There are several squadrons within the regiment who are based in Burton-on-Trent, Coventry, Stoke-on-Trent, Telford, West Bromwich and Grantham.