Reservists from 37 Signal Regiment took part in a Battlefield Study as part of Exercise Global Concept.

Made up of two phases, phase one took place on the island of Jersey to learn about the ancient military history of the island and the German occupation during WW2.  Phase two involved travelling over to Normandy, France, to take part in the 75th Anniversary of D-Day and to learn more about the various actions that took place during the Allied invasion.

Warrant Officer Class Reynolds shares their account of their fascinating studies below: 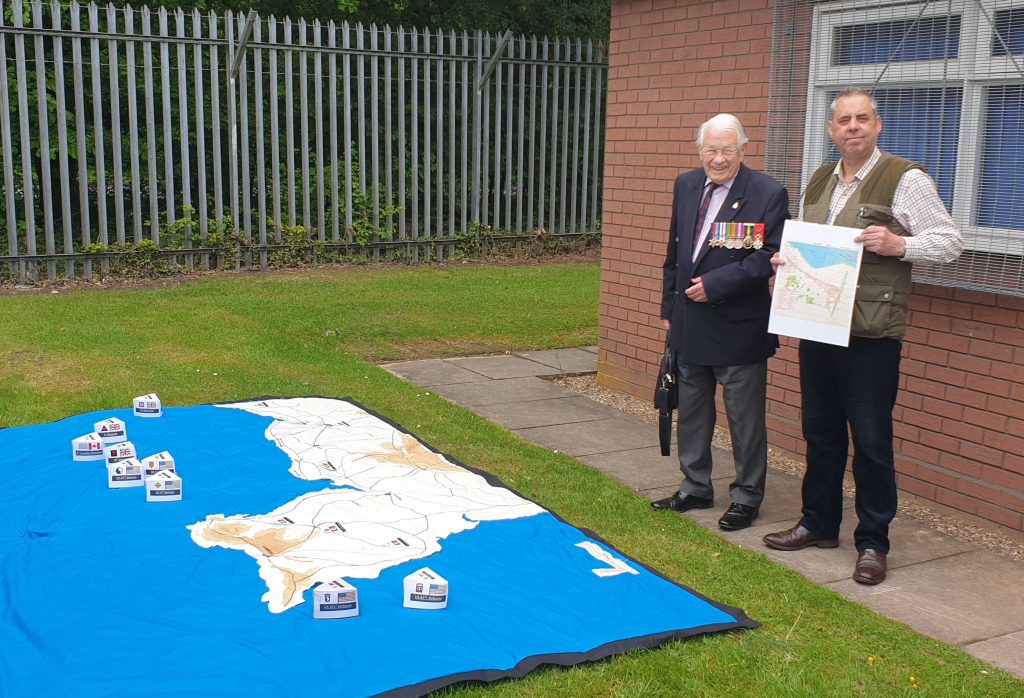 Prior to the main activity taking place, there was a study day held at RHQ in Redditch, where each syndicate had to produce a case study on the German occupation of Jersey.  There was also a great opportunity to listen to a brief from a D-Day veteran who landed on Gold Beach during the allied invasion and for the individuals to research various other aspects of the invasion.

20 members of the regiment left RHQ Redditch on Monday morning heading for the Island of Jersey. They were accommodated in the ARC of the Jersey Field Squadron of the Royal Engineers and that evening they met with their civilian tour guide to receive a detailed brief on the next two days.

Day 1 involved the ancient history of the island. First, we visited the medieval Castle at Mont Orgueil, that witnessed many of the key events that have shaped Jersey’s history. Next, we learnt about the famous battle of Jersey in 1781 where there was an attempt by French forces to invade Jersey and remove the threat the island posed to the French. The French expedition ultimately failed however, when its commander, Baron Philippe de Rullecourt, died of wounds sustained in the fighting. The battle is often remembered for the death of the British officer Major Peirson. 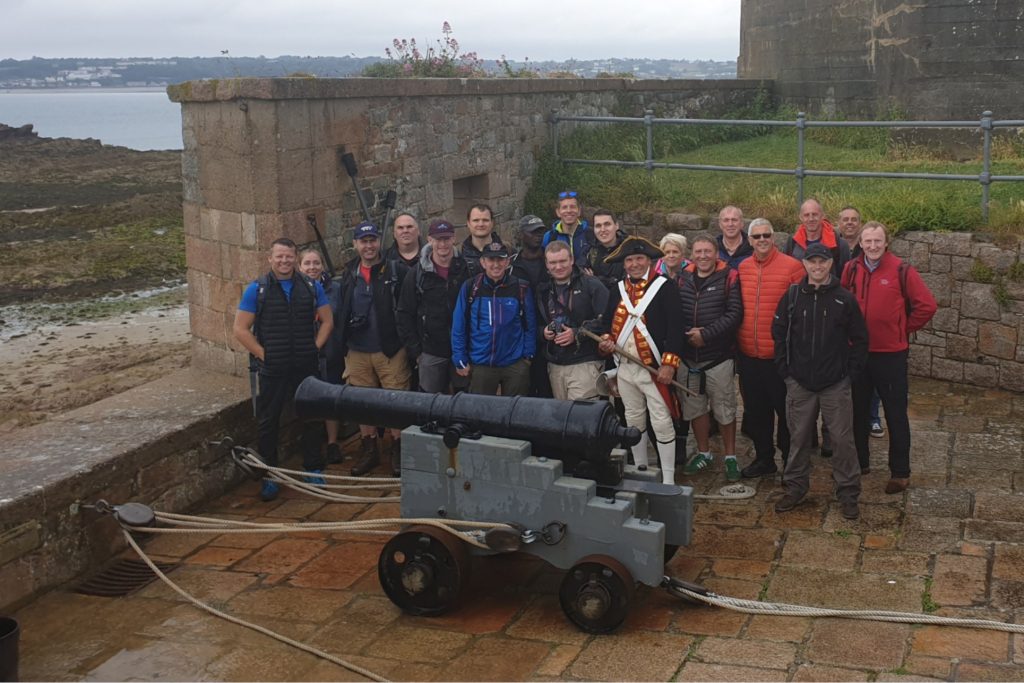 After lunch we visited Elizabeth Castle, that has defended Jersey for more than 300 years, dating back to the 1590’s, when Sir Walter Raleigh was Governor of Jersey. Notably, the castle also gave refuge to King Charles II during the English Civil War, and then the bunkers were re-fortified to defend Jersey during the German occupation in WW2.

Day 2 concentrated on the German occupation of the Island during WW2. We visited many German bunkers around the Island, which provided us with a great insight into the depths they had gone to in order to fortify the Island; from machine gun emplacements and anti-tank bunkers.

Many of the bunkers were staged to show what life was like for the German soldiers during the occupation. We also learnt that Jersey and the other Channel Islands had more fortifications than the majority of the Atlantic wall. Over 10% of the construction of fortifications for the defence of the coast line from the allied invasion went into the Channel Islands. 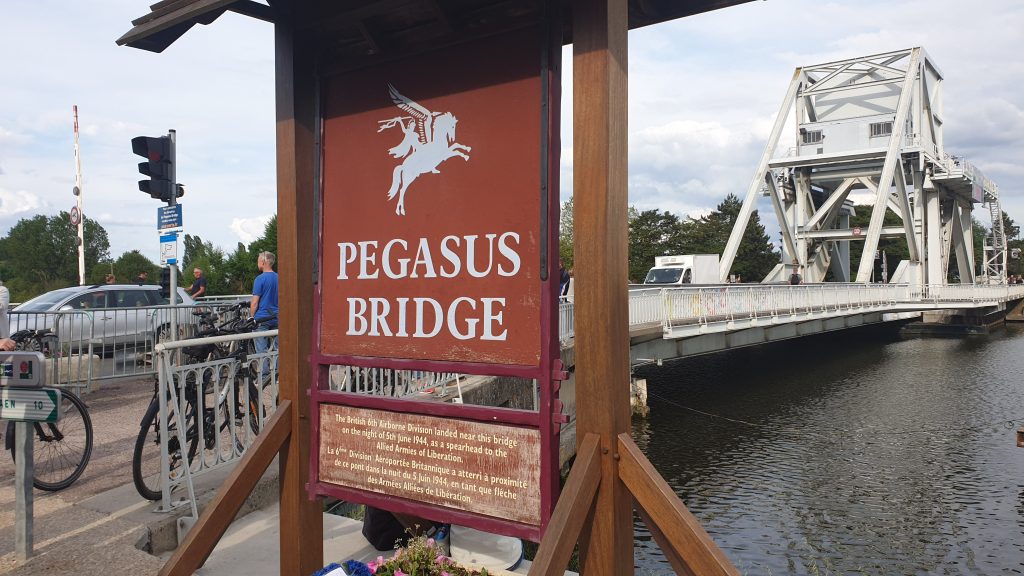 Phase 2 saw us traveling over to Normandy, France, and the first stop was the Merville gun battery. Allied intelligence believed the Merville Gun Battery was composed of heavy-calibre guns that could threaten the British landings at Sword Beach, only 8 miles away.

The 9th Parachute Battalion, 6th Airborne Division, were given the objective of destroying the Battery, however, when the Battalion arrived over Normandy, their parachute descent was dispersed over a large area, so instead of over 600 men landing, only 150 with no heavy weapons or equipment arrived at the Battalion assembly point.

Regardless, they continued to their objective and succeeded in capturing the Battery, only to discover that the guns were of a lower calibre than expected (Czech-manufacture 100mm). However, these still had the range (over 8000 metres) to hit targets on Sword Beach. Next stop was Pegasus Bridge, that famously saw some of the first action on D-Day. 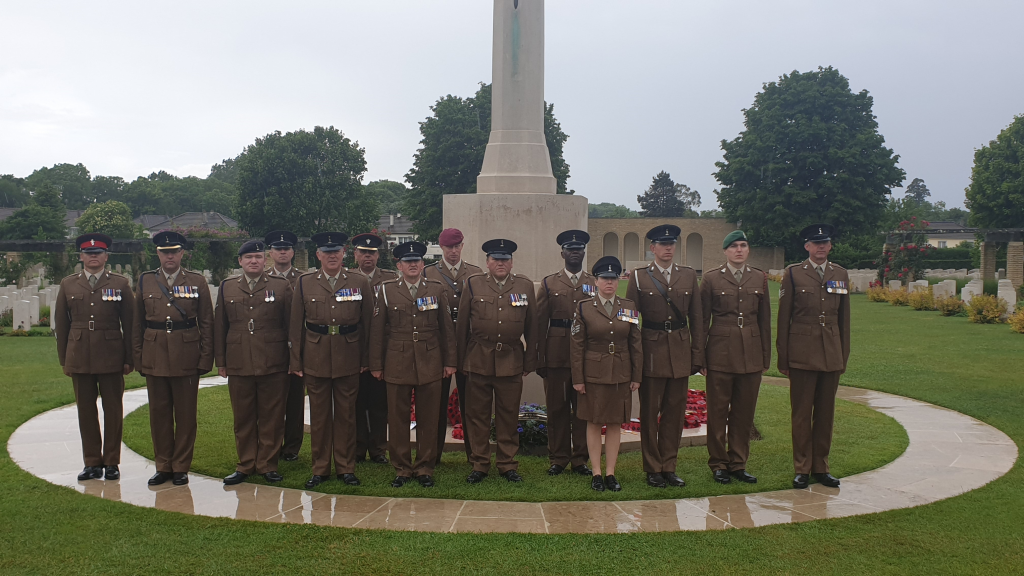 The group had the opportunity to visit the Pegasus Bridge museum and original Bridge, where we learnt that on the early hours of 6 June 1944, 181 men, led by Major John Howard, in six Horsa gliders landed to capture Pegasus Bridge. The objective was to prevent German armour from crossing the bridges and attacking the eastern flank of the landings at Sword Beach. We learnt that Lt Brotheridge was mortally wounded crossing the bridge in the first minutes of the assault and became the first member of the invading Allied armies to die as a result of enemy fire on D-Day.

On the final day, we visited Ranville Cemetery where we took time to reflect at the grave of Lt Brotheridge. We also visited the grave of Pte Robert Johns, the youngest soldier to be killed in action during the Normandy offensive at just 16 years of age; Pte Johns had lied about his age and volunteered to enlist at the age of just 14.

The group then headed over to Baneville Cemetery to take part in the 75th Anniversary Commemorations with the 6th Airborne Brigade. It was a very moving service, with French school children placing a single red rose on every grave. They also sang the British National anthem while waving Union Jack flags in an emotional tribute. 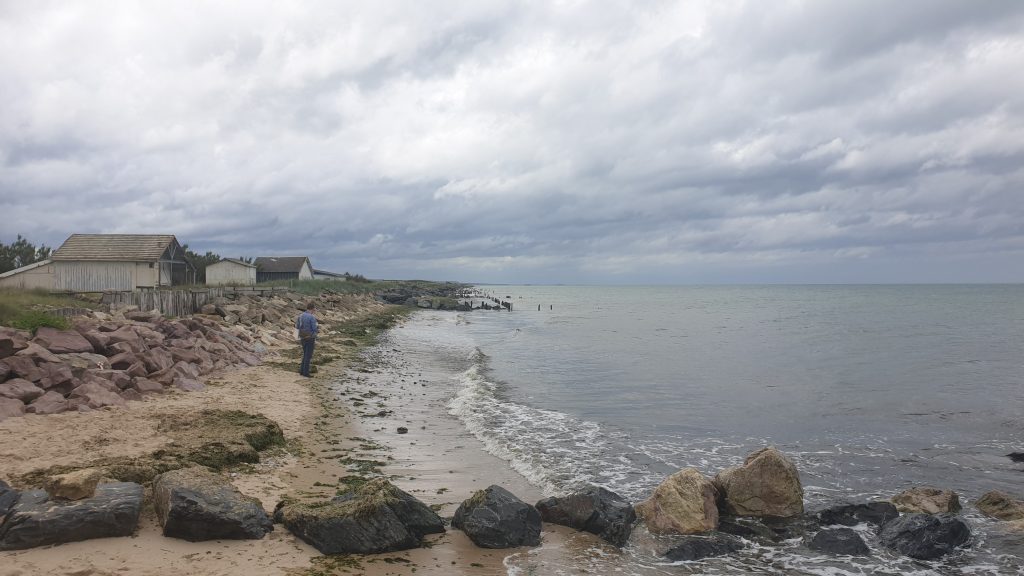 The final activity was to visit Gold Beach that had been one of the main objectives for the British Forces.

Here we learnt about the British objectives to secure a beachhead, before moving West to capture Arromanches and then establish contact with the American Forces at Omaha. This enabled them to go on to capture Bayeux and the small port at Port-en-Bessin, preparing the way for follow on forces.

With all the visits completed, we headed to Saint-Malo ferry port for the crossing back to Portsmouth. The 6-hour crossing gave us time to reflect on the last 4 days and left us with a better understanding of the D-Day campaign and those that sacrificed so much for the liberation of Europe.