A picture paints a thousand words

A picture paints a thousand words 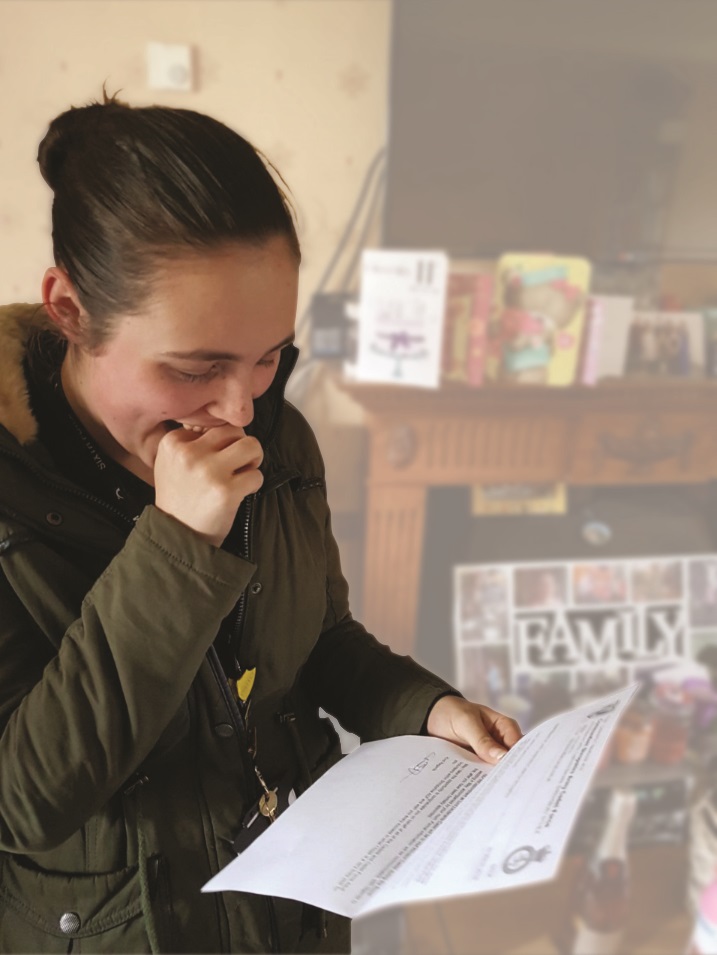 They say a picture paints a thousand words and this is the moment when Cadet Sergeant Chloe Edwards found out that not only had she been appointed as the Lord Lieutenant’s Cadet for Shropshire, but she would be representing the Army Cadet Force (ACF) in the VIP enclosure at Windsor Castle on the day of the Royal Wedding.   A stunned Chloe was snapped by her mum who had been sworn to secrecy for weeks beforehand, but was armed with her camera phone ready for the big reveal.

Chloe is a pupil at Sir John Talbot School in Whitchurch where she is studying for A levels in music, psychology and photography and has ambitions to become a primary school teacher.

Chloe is very aware of how cadet skills such as time management, self discipline and teamwork are transferable into school life and can help pupils focus and make the most of their education.  She is a school prefect acting as a mentor for struggling pupils, taking pride in seeing how much they can progress with even a small amount of extra help.    She voluntarily gives presentations in school assemblies telling her fellow pupils about the cadets and actively encourages them to join.  She has of course told them all about the Royal Wedding and has also been back to her old primary school to tell them about her wonderful day, and that if it wasn’t for the being in the cadets it would never have happened.

Chloe was allowed to take a “plus one” to Windsor and who better than her detachment commander SMI Sharon Edwards, who just happens to be her mum!   The pair were determined to promote the ACF and proudly wore their uniforms in the hot sunshine whilst celeb spotting – Serena Williams so tall, Amal Clooney’s outfit wow, and OMG it’s James Cordon –  before the arrival of the Royal Family.  The service was tanoyed into the grounds so everyone was able to take part and feel as if they were part of the proceedings, and when the service had finished and the guests had left, those in the VIP area were allowed into the chapel to look around and soak up the atmosphere.   Chloe and her mum said the best memories of the day were without doubt being just a few feet away from a radiantly happy just married Meghan and Harry, and being part of such an uplifting and fantastically well organised day.

The following week the duo were in popular demand and even gave a live interview in the studios of BBC Radio Shropshire.  Chloe admits that if it had not been for the skills and self confidence she has acquired as a cadet, she probably would not have had the confidence to talk to “the whole of Shropshire”.  Sharon is very proud of her daughter and all that she has achieved, and openly admits what an important role her daughter plays as a senior cadet in helping her run Ellesmere Detachment.

After spending 4 years in the cadets Chloe is looking forward to attending this year’s annual camp but knowing that her time will be tinged with sadness as this will be her last as a cadet, although she may come back in the future as a Cadet Force Adult Volunteer.  She is incredibly proud to be appointed as the ACF’s Lord Lieutenant’s Cadet for Shropshire and the opportunities that this has afforded her, especially as the Lord Lieutenant who is also the Honorary Colonel will be retiring next year.

To find out more about Shropshire Army Cadet Force and the incredible opportunities you can experience by joining as a cadet or Cadet Force Adult Volunteer, visit the county’s website here.