On Friday the 25th May 2018 a contingent of 33 people from the Oldbury Royal British Legion (RBL), Birmingham Dunkirk Veterans and Fellowship Association and the West Midlands area comprising of veterans, civilians and relatives of fallen service men travelled to Belgium.

The aim of the visit was to pay tribute and respects to fallen comrades, particularly those who had served in local Regiments and had paid the ultimate sacrifice.

Captain Alan O’Brien, Permanent Staff Administration Officer for West Bromwich-based 237 Squadron, 159 Regiment Royal Logistic Corps, was one of the group to make the visit and represent as many local Regiments (including their own 159 Regt RLC), as they could.

One day one the coach was deployed at 2AM from the Oldbury RBL with a focus on making the first dedication at Dunkirk by 11 AM.  This was followed by ceremonies at Normandy and De Panne, prior to making it to their accommodation in Belgium. 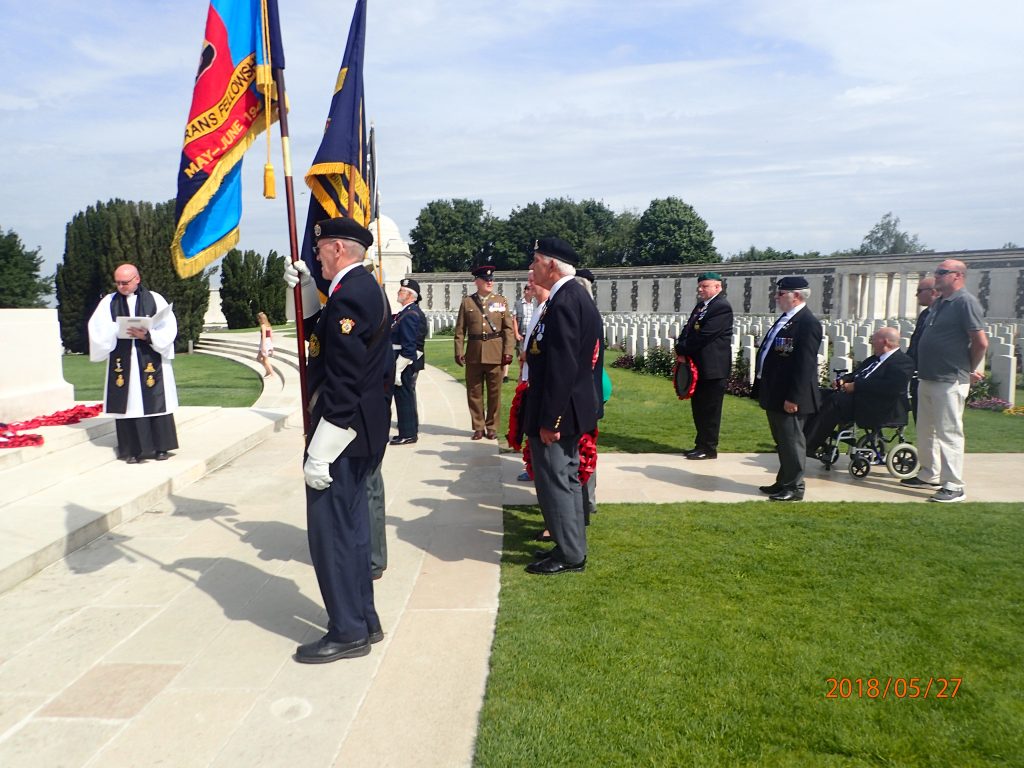 In the following days they held a service of remembrance led by Padre Rev Dwain Quaid from the Oldbury RBL, and together they laid more than 30 wreaths on behalf of the Cheshire Regiment, Warwickshire Regiment and MERCIAN Regiments, as well as the West Midland Reserve Forces & Cadets Association (WMRFCA), amongst many others.

They completed the visits by participating in events at Esquelbecq, which were arranged by the local Mayor and attended by local dignitaries, the Warwickshire Dunkirk and Veterans Association, a French contingent from the equivalent to our RBL and 60 local school children.

At Esquelbecq a plaque was erected at Wormhout. The plaque is dedicated to the 100 men from the 2nd Battalion, Royal Warwickshire Regiment, 4th Battalion Cheshire Regiment, and gunners of the 210 Battery, 53rd (The Worcestershire Yeomanry) Anti-Tank Regiment, Royal Artillery as well as French soldiers who were all Prisoners of War and massacred in 1940.

The highlight of the pilgrimage for Alan was being granted the privilege of delivering the Exhortation at Menin Gate, which was attended by more than 800 visitors including Cadets and representatives from across the globe.  Representing his Regiment, WMRFCA, local units and Veterans Associations was a proud moment for him.

A final thanks to Mr Robert Clarke and his team from Oldbury Royal British Legion for his efforts to help facilitate the visit. 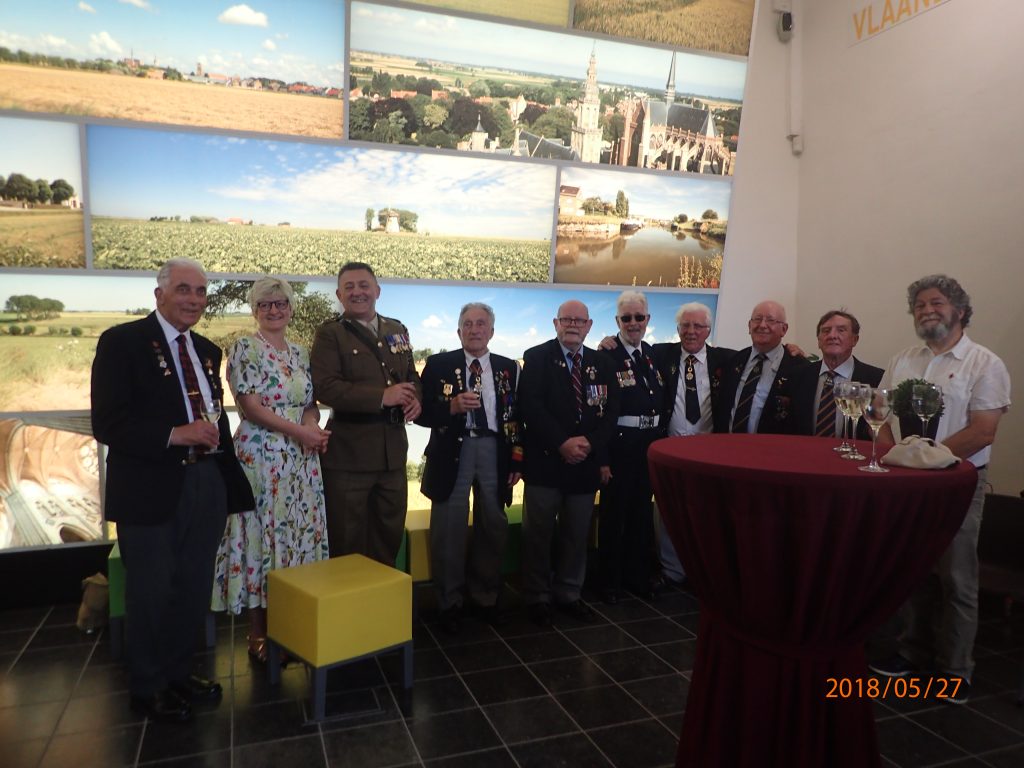