A Stourbridge based military intelligence unit will be officially granted freedom of the Borough of Dudley at Himley Hall and Park during the council run Armed Forces Day on Sunday 30th June.

The unit, based at an Army Reserve Centre in Swinford Road, Stourbridge, will be presented with a freedom scroll by the Mayor of Dudley.  Troops will parade on the lawn in front of Himley Hall at 3pm. 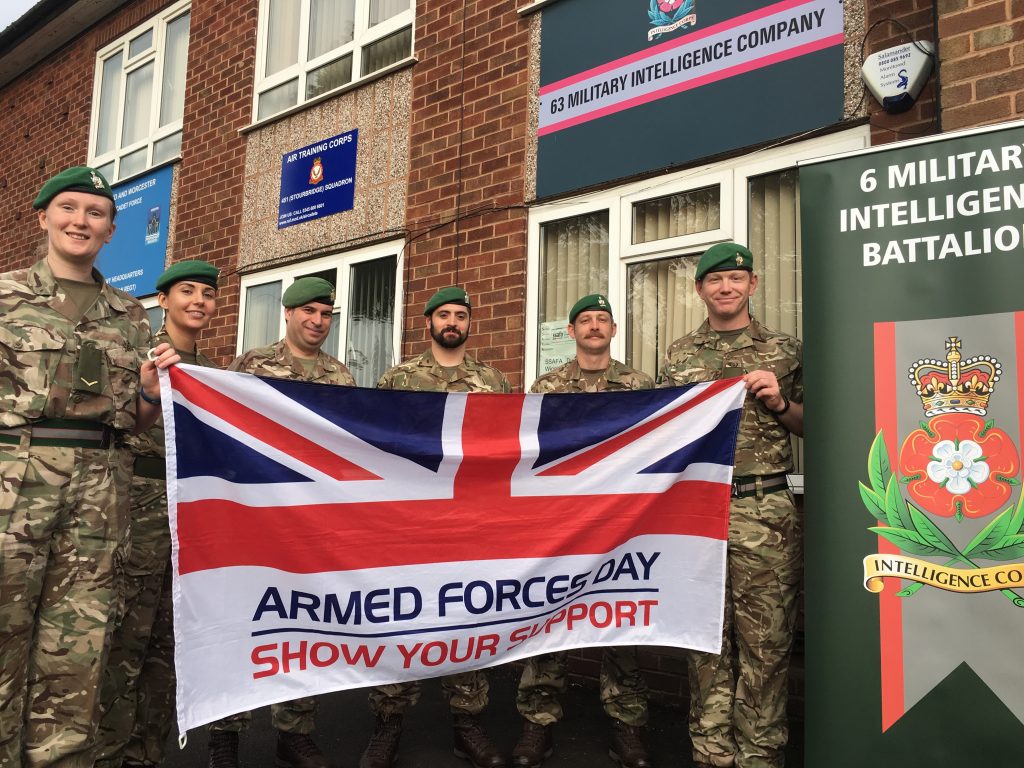 63 Military Intelligence Company is the fifth military organisation to be granted Freedom of the Borough since 2000.

Units who have been granted Freedom of the Borough are permitted, subject to the agreement of the local authority, to exercise their Freedom by marching through the Borough with ‘drums beating, bayonets fixed and Colours flying’.

At Himley Park, the troops will march in service dress, displaying their medals.  Officers will carry swords and wear white belts and gloves while soldiers will carry SA80 rifles with fixed bayonets.

The Stourbridge-based soldiers will march behind the official British Army Flag which is only used for ceremonial occasions.

Major Louise Smith, Officer Commanding 63 Military Intelligence Company, said: “We are extremely proud to have this honour bestowed by Dudley Council in recognition of the service provided by our personnel.

“Our company has been based in Stourbridge for over twelve years and recruits soldiers from both the Black Country and wider Midlands area.

“In modern warfare, knowledge really is power. Military operations rely upon timely, accurate intelligence.  The information gathered by our soldiers plays a vital role in protecting the British Army’s operations from hostile forces.”

The troops are trained to become military intelligence analysts where they provide support to complex operations. Reservists have been deployed to work alongside their regular Army Intelligence Corps colleagues in areas of conflict.

Councillor David Stanley, the Mayor of Dudley, said: “Our Armed Forces Day celebrations are all about giving thanks to every single person who has served in the military to protect the freedom of today’s and future generations.

“For us, it also offers the most fitting opportunity to formally present freedom to the reserves serving in 63 Military Intelligence Company and recognise the vital role they play within the Armed Forces and ensure their contribution is never forgotten.”