Reservists enhance their skills in Australia

Soldiers from the Black Country have been on military manoeuvres for two weeks in Australia.

The Royal Yeomanry recently sent a composite Squadron to Oz, which included five soldiers from B Squadron RY, who are based in Vicar St Dudley, known as the ‘Black Country Cavalry’.

Over the two weeks, Army Reservists of the Royal Yeomanry and the Australian 12/16 Hunter River Lancers, have been training in the Light Cavalry dismounted scout role. They were working together with Australia’s 2nd Cavalry Regiment and the 3rd Battalion Royal Australian Regiment on a highly testing exercise in Queensland, Australia.

2Lt Wightman of the Royal Yeomanry was given the opportunity to command a combined force of M1 Abrams tanks, ASLAV armoured vehicles and PMV Bushmaster troop transporters.  The exercise culminated in a combined arms deliberate attack on a platoon position. 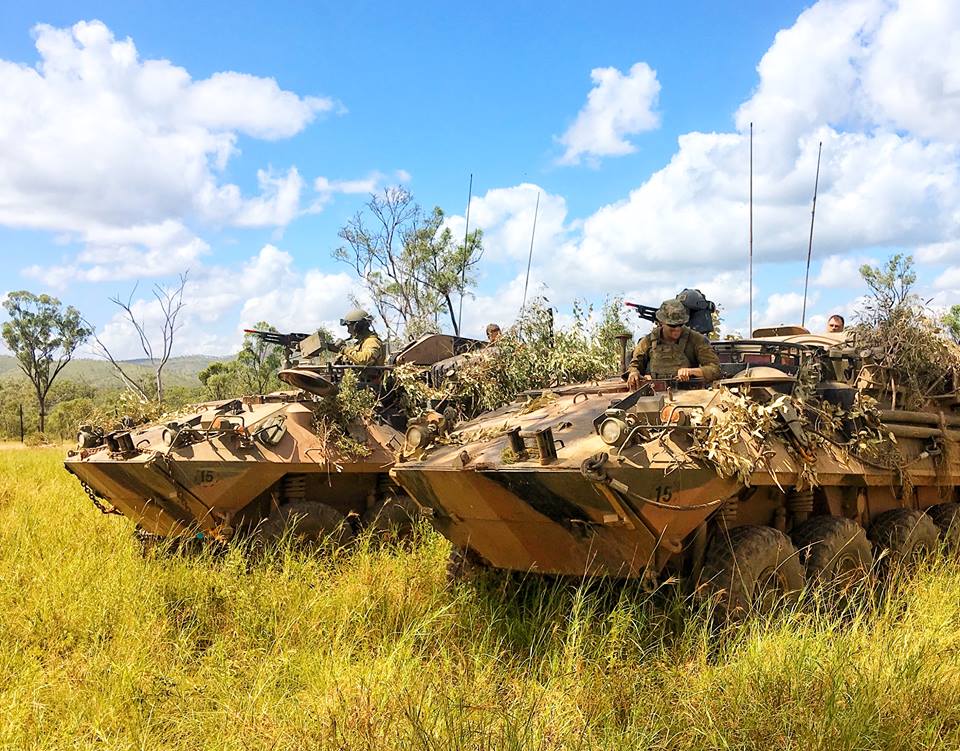 The Commanding Officer of 3 RAR, Lt Col Michael Kearns (“Pommie Mike”, as he’s from Staffordshire), lauded the British Army’s contribution as “excellent”, saying it was the key to the overwhelming success of the attack. Their Operations Officer described the Light Cavalry reconnaissance work as “outstanding”.

Everyone blended seamlessly into one highly effective team, learning from each other about field skills, integration of Regular and Reserve, and what light cavalry can deliver in battle.

Cpl Matt Smith, who is based with B Sqn RY in Dudley said “this exercise has been the pinnacle of many weeks of training and preparation, and has been one of the most exhilarating and rewarding things that I have done in my military career so far.  I would never have dreamed of going to Australia on Exercise but the Royal Yeomanry and the Army Reserve have made this possible”.