This week, the Ship’s Company of HMS FORWARD opened its doors to 100 Sea Cadets from across the West Midlands to give them a taste of the Royal Naval Reserve. 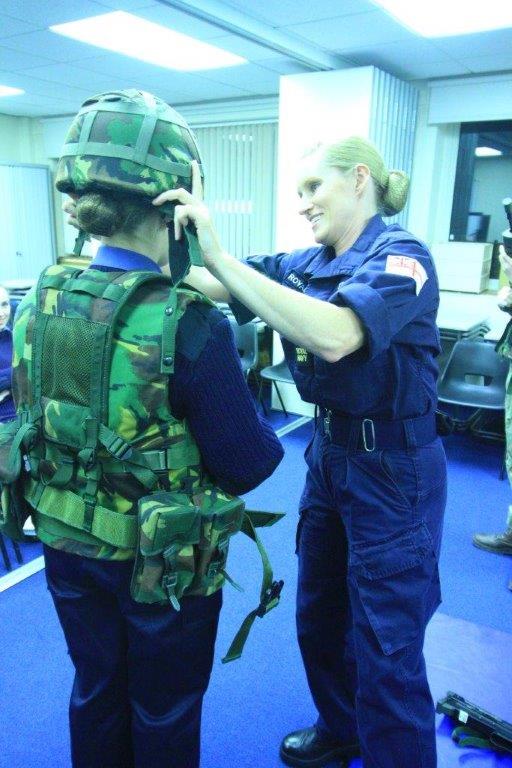 The event, which was supported by the Reserve Forces’ and Cadets’ Association (RFCA), consisted of a number of stances manned by members of FORWARD Ship’s Company to demonstrate the many roles carried about by the RNR.

Activities included First Aid, where the Cadets learnt how to do CPR; Communications, which involved learning how to open and lock safes; and an introduction to Diving Operations.

Unsurprisingly the Weapons Handling stance was a strong favourite amongst the Cadets, who also had the opportunity to try on body armour, fire-fighting suits and sample using batons.

As leadership forms an important part of Sea Cadet training, the Cadets were tasked with a Command, Leadership and Management challenge in constructing and firing pneumatic rockets.

Additionally, Lieutenant Bill McLundie, who was a key organiser of the event, gave a presentation about his recent mobilisation conducting post hurricane humanitarian maritime support as part of Operation Ruman. Even the Royal Marines stepped in to put the Cadets through their paces in a period of combat fitness!

The Commanding Officer of HMS FORWARD, Commander Phil Sparke, said “Judging from the smiles throughout, the event seems to have been well received and I believe that our guests now have a much better understanding of the roles of the Maritime Reserves”.

The Officer-In-Charge of TS Stirling, based in Shard End, Birmingham added afterwards, “Following the event the positive reviews from my Cadets were endless.”

The event at HMS FORWARD was the first of more in the pipeline, and the Unit aims to continue to build increasingly stronger relationships with the Sea Cadets in the region. 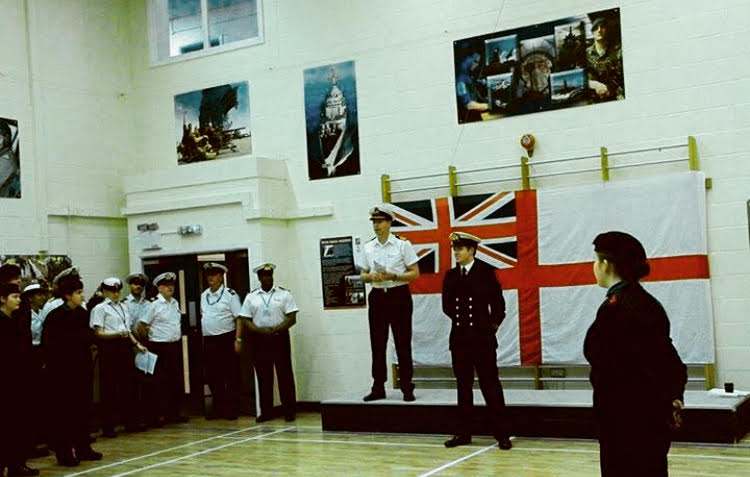 HMS FORWARD is the Royal Navy Reserves training centre for personnel across the West Midlands region. The unit shares its location with various military units, including the Royal Marines Reserve Merseyside Birmingham Detachment and the Birmingham University Royal Navy Unit.

To find out more about the Royal Naval Reserve or how to join HMS Forward please telephone 0121 703 6360 or e-mail navymr-forwardrctwo@mod.uk