Jewel in the crown of Black Country Cavalry unveiled

Jewel in the crown of Black Country Cavalry unveiled

A rare and precious jewel, given to a West Midlands Army regiment over a century ago and valued as one of the most expensive items ever on the BBC’s Antiques Roadshow, has been unveiled today in the Black Country. 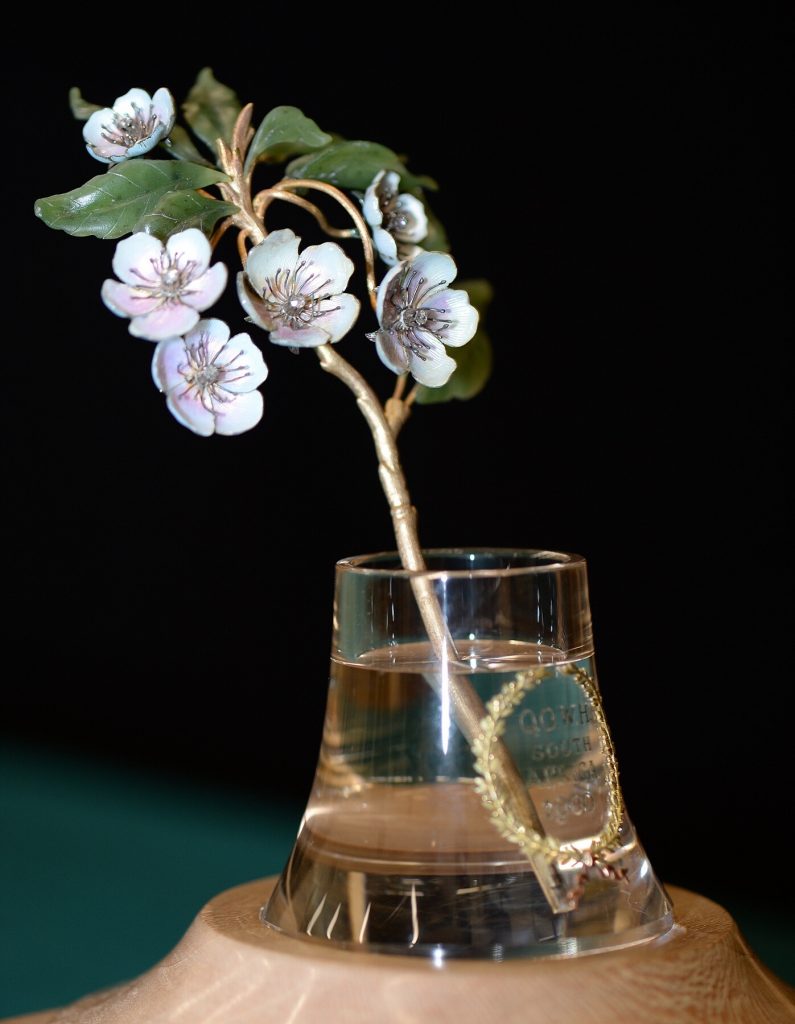 The Faberge flower, a five-inch pear blossom set in rock crystal, gold, silver stamens and diamonds, is set to feature in the first episode of the Antiques Roadshow, hosted by Fiona Bruce, on 15th April.

The jewel was on display at Himley Hall and Park near Dudley today.

On 21st June 2017 Stamford Cartwright, Honorary Colonel of The Royal Yeomanry’s B (Staffordshire, Warwickshire and Worcestershire) Squadron, brought the Faberge flower to the Antiques Roadshow which was filming at the Black Country Living Museum.

Fiona Bruce said “word quickly got around that something very special had been brought in,” adding: “We weren’t disappointed.”

The Antiques Roadshow’s jewellery expert Geoffrey Munn described how his “pulse was racing” at the sight of the precious object.

When the episode is broadcast on Sunday, viewers will see that it is one of only three items to be valued at £1million in the Antiques Roadshow’s 40-year history.

Previous items given a valuation of over £1 million are a model of Antony Gormley’s Angel of the North and the FA Cup which was presented between 1911 and 1992.

Colonel Cartwright said: ”This is a very special piece that is a focal point for the regiment, veterans and serving soldiers. It reminds us of the sacrifice of fallen comrades and our links to the past.

“Despite uniforms and personnel changing, the jewel is a symbol of continuity that goes back over a century.”

The Black Country soldiers thought the pear blossom sculpture was worth around £50,000 and for decades used it as a centrepiece at formal dinners and events.

According to Colonel Cartwright, it became “part of the furniture”.

Despite the staggering valuation, the jewel will keep its place as a table decoration for Army dinners.

Major Will Mawby, Officer Commanding B Squadron, also known as the Black Country Cavalry and the modern-day successor to the Worcestershire Hussars, said: “We are very proud of the jewel but gone are the days when it would come on exercise and be kept under the Squadron leader’s bed. It is kept in the most secure of locations. On special occasions it sits in front of me but I daren’t touch it with my butter fingers!”