Baljodh Singh, a cadet from Holly Lodge Combined Cadet Force (CCF) in Smethwick, was chosen to take part in a project called Journey from Home; a project focusing on the lives and the struggles of Indian Soldiers who came to England during the First World War.

Read more about Baljodh’s experiences in his fantastic account below:

“My name is Baljodh Singh, year 13 student at Holly Lodge. I, along with many other year 13 students are part of the project called Journey from Home which was established by the Believe In Me organisation. This project focuses on the lives and the struggles of Indian Soldiers who came to England during World War 1.

“Kiran Sahota, Major Sartaj Singh Gogna and Paula are some of the members that made this project possible. Indian soldiers played a great part in the WW1 and by thus project we learn and commemorate their bravery, courage and the sacrifices during ww1. 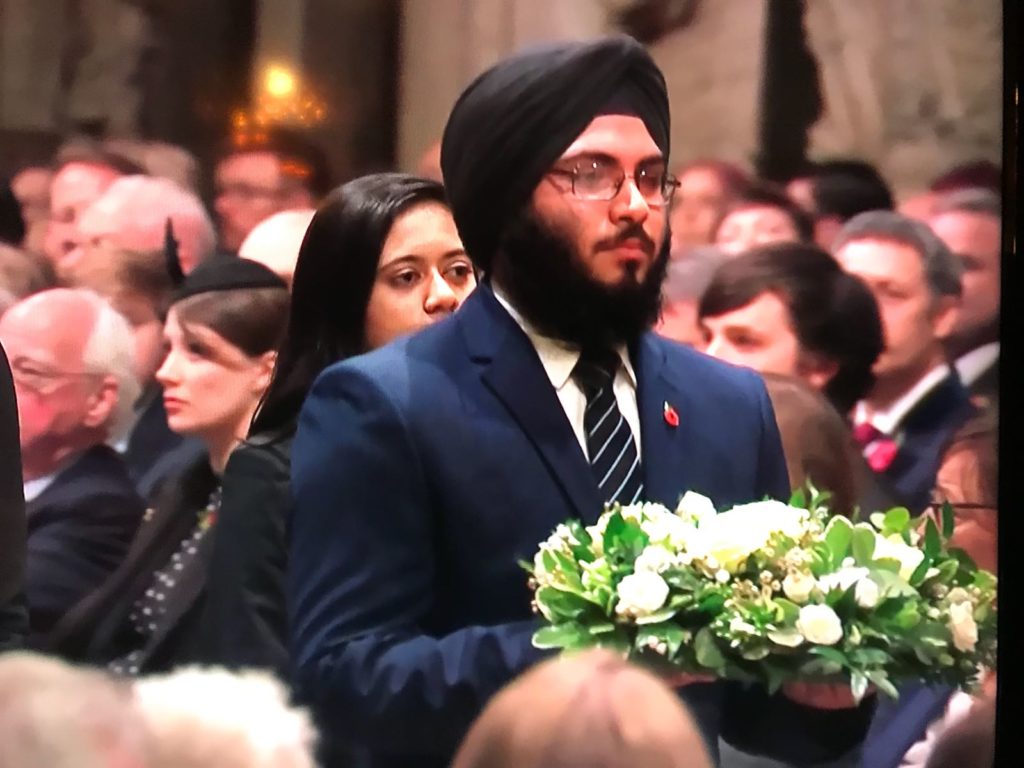 “Our journey started with our first research trip to Brighton. We visited the Muslim Burial Peace Garden in Woking a Muslim cemetery and attended the interfaith service at Chattri Memorial to commemorate Indian troops who died from their wounds in Brighton. Here I had the great honour to lay a wreath on behalf of Holly Lodge and Believe in Me.

“The final stop was at Brighton Pavilion to see the hospital that helped heal the wounded Indian soldiers. It was great day to look at different aspects of the lives of the Indian Soldiers. The knowledge gained from this trip and from National History Museum and the National Archives became our inspiration for our art project where I made a lion in the map of pre-partition India. The aim of the painting was to show the unity between the religions and the groups who fought in the World War One. All our work was presented in an exhibition in the National Museum Arboretum. 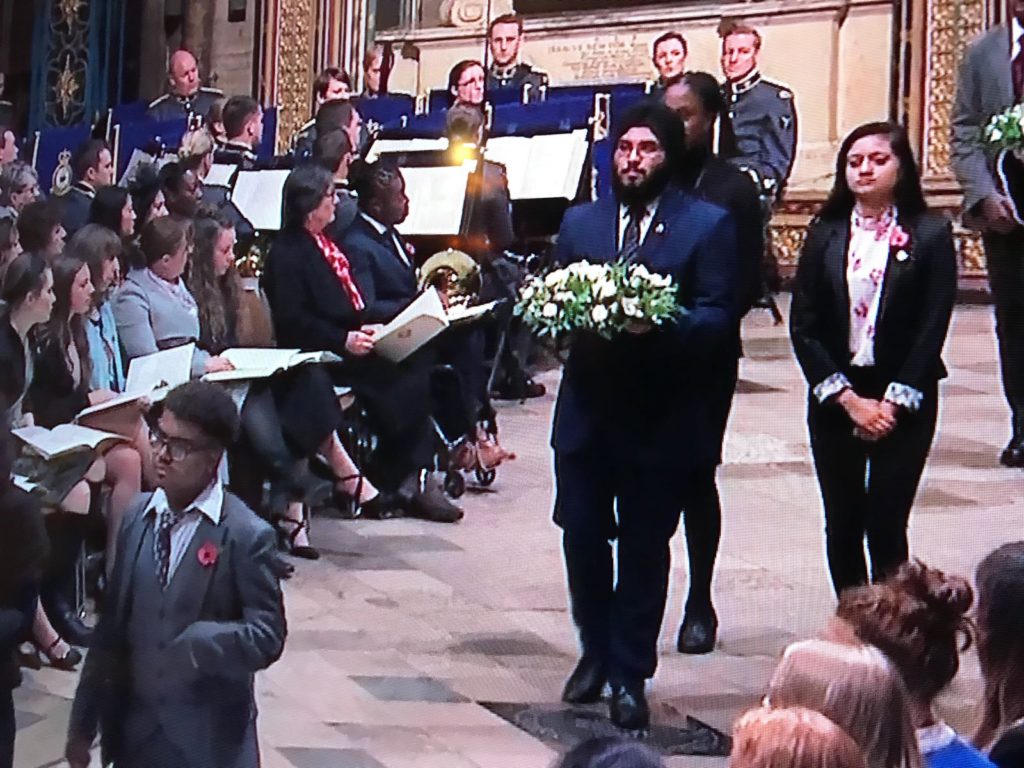 “Our last trip together was at Western Front in Belgium where We learnt about the history of the place and had the opportunity to pay our respect to the soldiers who died in battle. Cemetery of Bedford house and neuvep chappel were some of the cemeteries that we visited to look at graves of the fallen soldiers. The equality and the unity of the soldiers was clear.

“My most memorable moment was on the 11th of November. All thanks to Believe In Me, I was given the wonderful opportunity to be a part of a national remembrance service that marked 100th anniversary since WW1 which took place in London.

“My day started with a National Service that was held at the Cenotaph which commemorated the contribution of soldiers who fought in the two World Wars and later conflicts. I was able to participate in the grand 2-minute silence followed by the People’s Procession, where I had the unique opportunity to march and pay my respect to those who fought in the war by laying a wreath to Cenotaph.

“Walking along Westminster Abbey felt like a dream which I never have thought to come true. All the service was live on BBC 1 and all my friends and family were very proud. I just want to thank Kiran and the Believe In Me project who has allowed me to experience this moment that I would’ve never had the chance to be a part of.

“Not being a history student, but through this project I have learnt about my inheritance and my past. I believe this project had been a great opportunity to enhance my knowledge. Thank You Kiran and Major who has really inspired me learn more about my history and thank you Mrs Chahal, Miss Humphries. Miss Robinson and all the staff who supported us throughout the project and make this project happen.”