Staffordshire and West Midlands Army Cadet Force Corps of Drums recently returned from a busy week in London where they took part in the prestigious Household Division Beating Retreat. The cadets and adults have been busy preparing for this prestigious event since September last year, focusing on the precision marches required for the show. Training weekly as well as performing at occasional weekend and week-long camps, the cadets and adults have been working tirelessly improving their skills to the highest standard possible. 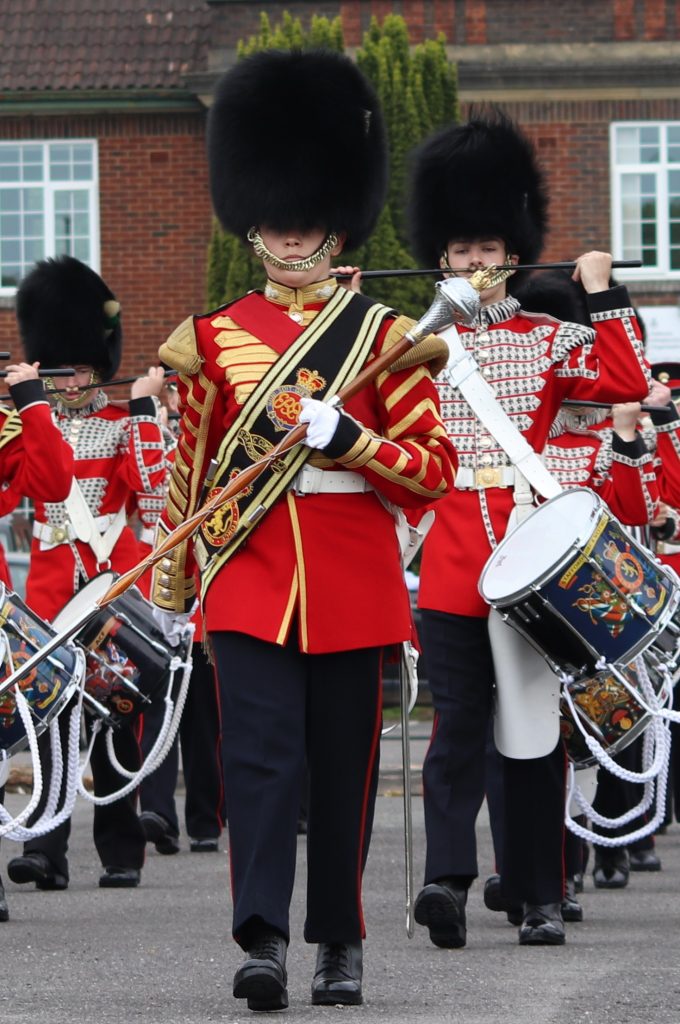 Drum Major Jasmine Marriott (17) from Wolverhampton was recently awarded the appointment of the Army Cadet Force Senior Drum Major. This incredible achievement was given by senior members of the Army School of Ceremonial, who judged every aspect of both drill and turnout in a closely fought competition.

Alongside Beating Retreat training, the cadets have also been in demand parading on occasions such as Armed Forces celebrations at Stoke City Football Club, Lord Lieutenant Cadet Ceremonies, Mess Dinner Nights and Gala Dinners at The Tower of London, keeping busy in order to improve their skills throughout the year. The commitment from the cadets and adults alike, make these parades possible, representing the Army Cadet Force throughout the County.

Originally badged to the Grenadier Guards and the Mercian Regiment, Staffordshire and West Midlands (North Sector) Army Cadet Force is proud to have the whole County representing the Grenadier Guards and wearing the prestigious uniform, giving the cadets a sense of pride for every parade and ceremony.  RQMS Matthew Betts has helped significantly in securing this uniform and ensuring that the proper state of dress is always assumed, ensuring an excellent representation of the Grenadier Guards at all parades. Expert tuition from serving members of the Grenadier Guards Band has been well received and also support from the Household Division Drum Majors. This critical support has been a catalyst in the training of cadets and adults alike, encouraging them to improve their own skills. 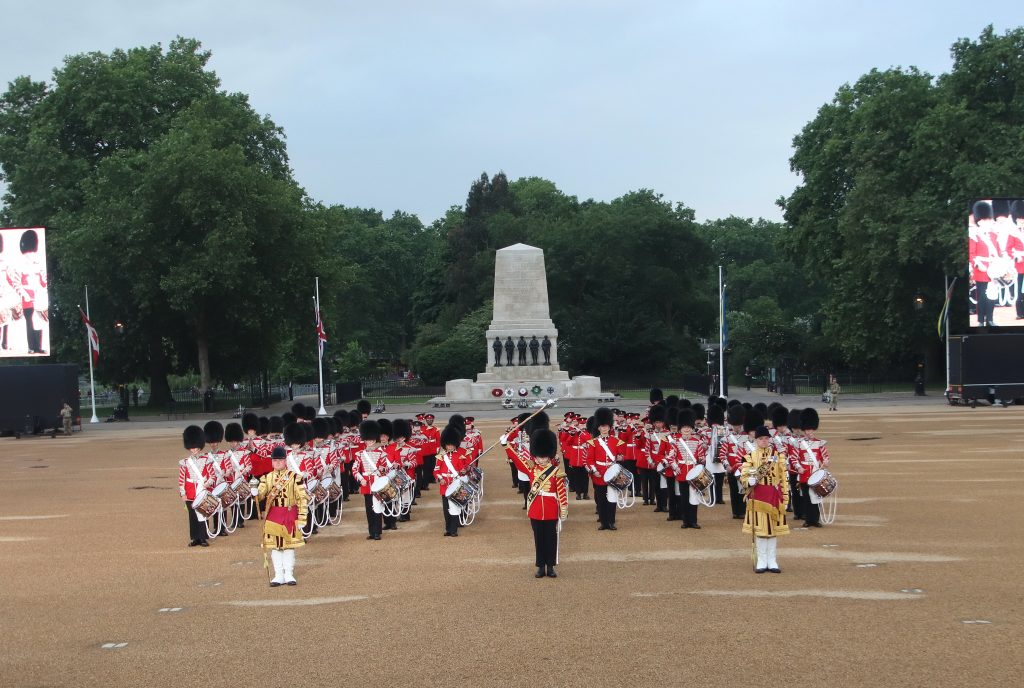 Joining Staffordshire and West Midlands (North Sector) Army Cadet Force were members of the Corps of Drums of Gwent and Powys Army Cadet Force, who are badged Welsh Guards. Together, they have been rehearsing as a corps, learning everything from scales and rudiments to memorising the music being played. The Beating Retreat is an opportunity which is going to be an unforgettable experience for all involved – and the Commandant of Staffordshire and West Midlands Army Cadet Force is very grateful for the invitation to take part in this once in a lifetime parade.

All music training was overseen by the County Music Officer, Lt Aliysha Long and the County Drum Major, Sergeant Major Instructor Tony Taylor, together with a team of other enthusiastic instructors. Drum Major Taylor only left the Army in September 2017 after serving 32 years in the Coldstream Guards – with 14 of those years as a Drum Major. He therefore brings with him an enormous amount of experience with their Corps of Drums and State Ceremonial. He himself began his military career as an army cadet back in 1982 and felt that he should pass on some of his knowledge and expertise. He recently joined Staffordshire and West Midlands (North Sector) ACF in order to assist the County’s Corps of Drums, as they initially prepared to take part in Beating Retreat 2018.

You can watch a short video of the cadets performance here.

To find out more about Staffordshire and West Midlands (North Sector) Army Cadet Force and the County’s Corps of Drums, visit their county website here.