Presenting the CVQO Westminster Awards finalists from the West Midlands

CVQO have announced their 10 finalists after 40 cadets attended a selection weekend. Three of the 10 finalists, who will attend a lunch at the House of Lords and a trip to South Africa, are from the West Midlands region. 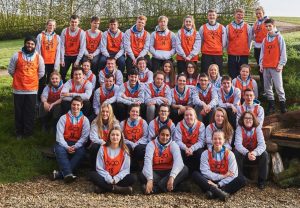 The CVQO Westminster Award is an annual competition designed to recognise and reward the most deserving of learners.

Each year they invite cadet and youth group leaders to come forward and nominate a brilliant young person for something they’ve achieved.

They deliberately leave the criteria for the nomination open; it could be that they’ve overcome a personal challenge, helped a family member or friend in need, undertaken some amazing community/charity work or are simply an all-round terrific character.

We would like to congratulate all of the finalists, but especially the three from the West Midlands region: Chlöe Edwards from Shropshire Army Cadet Force, Elle Hakesley from Wolverhampton Sea Cadet Corps and Baljodh Singh from Holly Lodge Combined Cadet Force (Army). You can read more about each of their achievements below:

Chlöe joined the Army Cadets in December 2013 and it was soon very clear that she had many skills and positive characteristics. Since joining the Army Cadet Force (ACF) Chlöe has proved herself to be an outstanding cadet demonstrating excellent skills in communication and leadership with an unassuming confidence.

She is so passionate about being in the cadets that she took the initiative to hold assemblies at school to raise awareness of the Army Cadets to try and encourage students to join the local detachments, which saw an increase in youngsters joining the cadets in the local area.

Chlöe also extends the skills that she demonstrates in the cadets into her school and community life. Within school she is fully engaged with her A-levels and will go above and beyond to ensure that she is achieving her best. She is fully involved in the extra-curricular life of the school, helping to organise, as well as perform in, all musical events and recently took on the role of Assistant Musical Director of the school production of Beauty and The Beast.

2018 was also an excellent year for Chlöe as she was appointment as one of the Lord Lieutenant’s Cadets for Shropshire and was also invited to represent the ACF in the VIP enclosure at Windsor Castle on the day of Prince Harry and Meghan Markle’s wedding. 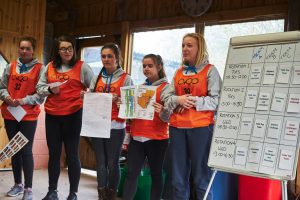 Elle has been a key character at T.S. Newfoundland and has truly embraced the Sea Cadet experience. Joining aged 10 she has had the opportunity to gain many qualifications and has constantly tried to push herself to develop new skills and importantly, develop those around her.

In Elle’s role at the unit, as the most senior Cadet, she has taken it upon herself to act as the ‘big sister’ for the Ship’s Company and is essential in maintaining the morale of the Ship as well as holding the confidence and faith of those around her. In addition to being the shoulder to lean on for the younger cadets she has also proven to be an exceptional role model. Punctual, polite and always smart in appearance, she emulates what is expected of a Leading Cadet and is looked up to by all of her peers. Elle has always given 110% and has truly embraced the core values of the Sea Cadet Corps, and employs them in her everyday life.

Through Elle’s character and bearing she has also had the honour of many unique opportunities. After a successful period as Mayoral Cadet for the City of Wolverhampton and attending many key events she has now taken over the role of the City’s Standard Bearer and last year she, along with 4 of her ship mates, made up one of the first South West Area teams in 7 years to compete at the Inter-Services Cadet Rifle Meeting. 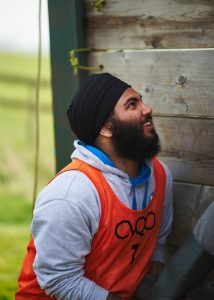 Baljodh has been a valued member of his school’s Combined Cadet Force (CCF) since he joined aged 11.  Throughout his time at both the school and the CCF he has always pushed himself to learn new skills and embrace a variety of opportunities which have come his way as a result of his dedication, enthusiasm and hard work.

Since joining the cadets Baljodh has risen to the rank of Corporal and has successfully gained a number of qualifications.  He has also completed courses such as the Junior Non-Commissioned Officer (JNCO), which allows them to take responsibility for a small group of cadets.

Along with fellow cadets from his CCF he took part in the Cadet Armistice 100 visit to the Somme in France, and was then lucky enough to be chosen to take part in a project called Journey from Home; a project focusing on the lives and the struggles of Indian Soldiers who came to England during the First World War.

During the Journey from Home project Baljodh was given the honour of attending and laying a wreath at the Cenotaph in London as part of the National Remembrance Service, and also to lay flowers for the forgotten soldiers at the BBC’s televised service at Westminster Abbey.

As well as being a fantastic role model in the cadets, he has also used these qualities throughout his school life with confidence.  Baljodh has worked through and achieved his Duke of Edinburgh Awards, taken an active role on the school’s student council and has also undertaken the prestigious role of Head Boy.