Reservists follow in the footsteps of World War 2 soldiers

Reservists follow in the footsteps of World War 2 soldiers

Twenty-seven personnel from 6 Military Intelligence Battalion took part in a study in the south of France to explore the escape lines used in World War 2.

The exercise provided the Army Reservists with a challenging outdoor adventure training environment across the Pyrenees, with a historical study piece for context.  Members of the Battalion were able to gain experience in planning an overseas expedition, whilst developing their qualifications as mountain leaders, trainers and team medics.

After attending briefings in the UK relating to mountain safety and medical issues, the group attended a study day to learn more about the escape lines used during the war and World War 2 military intelligence.  This also involved a visit to The Military Intelligence Museum where the curator had put a number of original escape maps on display for the Reservists to view. 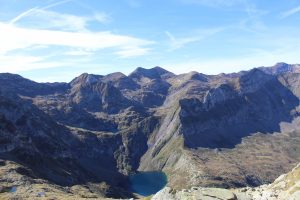 Once they had flown out to Toulouse they were split into four group over two routes to start the trekking part of their expedition.  After an initial 24 hours of trekking the groups met at a rendezvous point to replenish their rations and adjust their kit – a well-received stop off point for some who had packed too much kit and could lighten their load!

The two routes involved wild camping or sleeping in mountain huts for three nights, before reaching the Refuge des Estagnous where they were accommodated with hot showers and hot food.  All four of the groups were also lucky enough to be able to summit Mont Valier, one of the most well-known mountains in the Pyrenees. 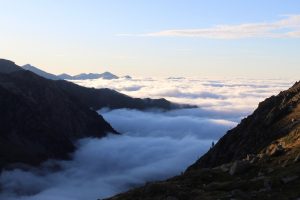 The trip provided the opportunity for many of the Battalion to experience environments outside of their comfort zone and develop their navigational skills, as well as giving them the opportunity to reflect on the historical significance of their journey.  It helped the Reservists to enhance their leadership and physical fitness, as well as other personal attributes and skills vital to Operational capability.

To find out more about 6 Military Intelligence Battalion visit https://www.army.mod.uk/who-we-are/corps-regiments-and-units/intelligence-corps/6-military-intelligence/