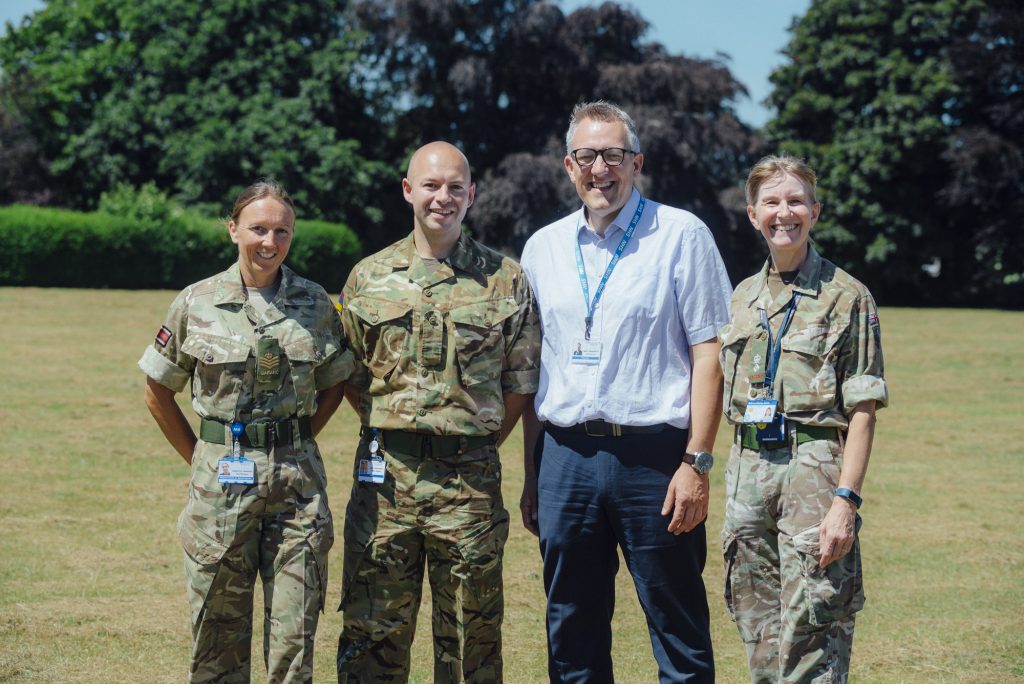 The Robert Jones and Agnes Hunt Orthopaedic Hospital (RJAH) has been recognised for its outstanding support of its Armed Forces staff by receiving the prestigious Employer Recognition Scheme Gold Award 2018 from the Ministry of Defence.

Now in its fifth year, the MOD’s Employer Recognition Scheme Gold Awards represents their highest badge of honour available to those that employ and support those who serve, veterans, and their families.

This award is the latest recognition for RJAH, which was presented with a Silver Award in 2016. The Trust also signed up to the Armed Forces Covenant in August last year.

Mark Brandreth, Chief Executive at RJAH, said: “We are delighted to be one of just 10 NHS organisations to be presented with this prestigious and significant award in the latest round.

“Those who are Reservists among our staff are given the time to train and serve their country, and we reap the benefits from the skills they gain while on military service, which are then brought back and put to good use in helping us with our aspiration to deliver world class patient care.

“We recognise the sacrifices they make to combine a civilian and military life and career, and are proud to do all we can to support them.”

Mark added: “RJAH is an organisation that values its Armed Forces staff and patients. We already run a thriving veterans’ service, and this year has also seen us launch a £1.5 million fundraising campaign to build the UK’s first dedicated Veterans’ Orthopaedic Centre.”

The Minister for Defence People and Veterans, Tobias Ellwood, said: “The breadth and diversity of this year’s winners shows how business support for the Armed Forces continues to flourish. Their commitment is a testament to the fantastic contribution our serving personnel, veterans and their families can make to any organisation.

“We all have a role to play in ensuring that the Armed Forces community is not disadvantaged by service, and each of these employers is a setting an example as meaningful advocates for those protecting the nation.”

The award will be presented at a ceremony in London later in the year.