A national security company that is exceeding all expectations has been recognised in a prestigious scheme that honours firms which actively support the Armed Forces community.

Nuneaton-based Kopek Security is one of a select group of organisations which have been honoured in this year’s Employer Recognition Scheme (ERS).

The company had already achieved a Bronze Award last year and has now progressed to a Silver Award after signing the Armed Forces Covenant and demonstrating outstanding support for those who serve and have served. 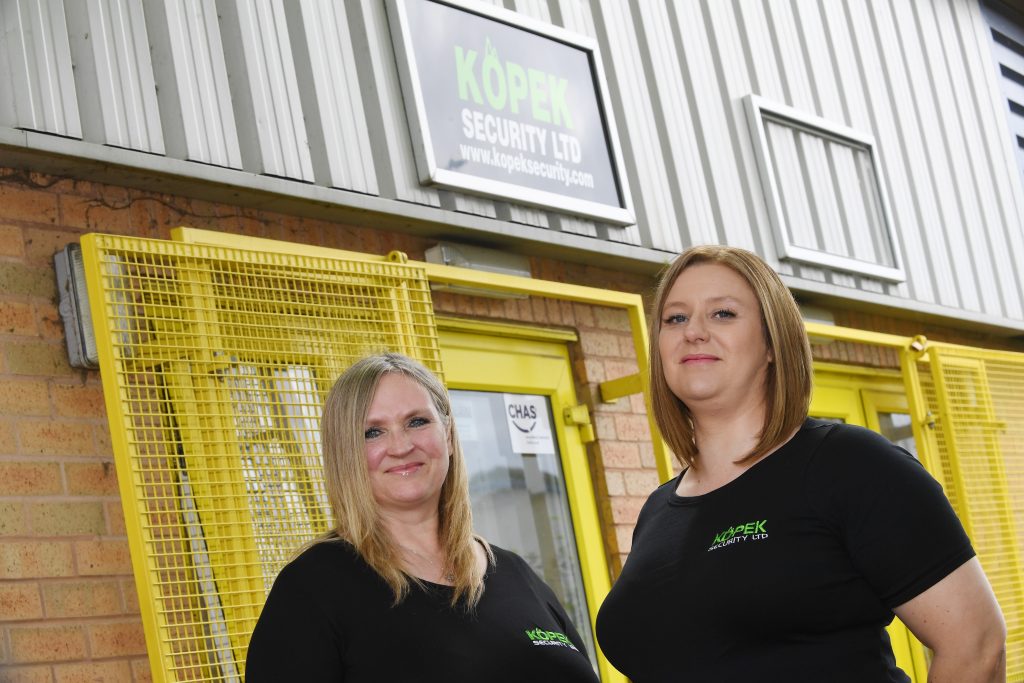 Kopek Security was founded by Sue Yildiz and Gennine Cope just 18 months ago and is already smashing all estimated financial targets.

The pair, who have more than two decades of industry experience between them, thought it was important to sign the covenant, not only to pay tribute to people who have served or are serving, but also because many of their team were or are in the military.

Gennine said: “It is such an honour to not only be recognised by the scheme once again, but to have improved on last year is fantastic news.

“After gaining the bronze accreditation last year, we did not want to rest on our laurels, we wanted to improve and we have to achieve a list of criteria to make sure that we got it.

“That is something that we did and we are so thrilled with the result. Now we have to keep going and reach for the gold standard.”

Both Gennine and Sue will be honoured at a special ceremony at the National Memorial Arboretum in October when they are presented with the award.

One of the testimonials that was provided for the ERS was from Lee Jordan, who said: “I have now worked for Kopek Security for just over a year now.

“In this time I have been able to use some of the skills I learned within the Army Cadet Force and for that reason I have been promoted to supervisor.

“The large majority of our personnel have served and I feel it’s great that Kopek really strive to gain such individuals. What a fantastic company to work for and what fantastic people that made Kopek Security happen.”

The company’s aim is to provide a down-to-earth, professional and discreet, working closely with our clients to offer value at competitive costs in an ever-growing and evolving industry. Its mission statement is deter, detect and defend.

“It has been tough as security is a male-dominated industry,” said Sue. “But we have been determined to make this a success from the beginning.

“Part of that has been our commitment to investing in accreditation schemes such as the Employer Recognition Scheme, as they help us to strive to be better and work harder to achieve the standards set for us.”

Industry accreditations that the company has achieved include the Contractor Health and Safety Assessment scheme, Achilles, achieved Gold Membership status with Constructionline, as well as being a Living Wage Employer, working towards the ISO, SIA ACS and more.

Sue added: “We could not have done any of this over the past 18 months without all the support that we have been given.

“Now we want to keep pushing forward, continue to spread our business across the country and internally as well.

“We would like to say a huge thank you to everyone in particular our team, Ash Rishiraj from LDP Luckmans, Jaspal Signh Chouhan from Barclays, Lesley Mouncher from Ultimate Finance and councillor Chris Watkins, who showed us support during his Mayoral year.”

For further information about Kopek Security and the services that it offers visit www.kopeksecurity.com

To find out more about how your organisation can partner with Defence or support the Armed Forces community, please contact our Employer Engagement team on wm-eeao@rfca.mod.uk or 0121 274 2227.