Soldiers to provide guard of honour at Gordon Banks’ funeral

Soldiers to provide guard of honour at Gordon Banks’ funeral 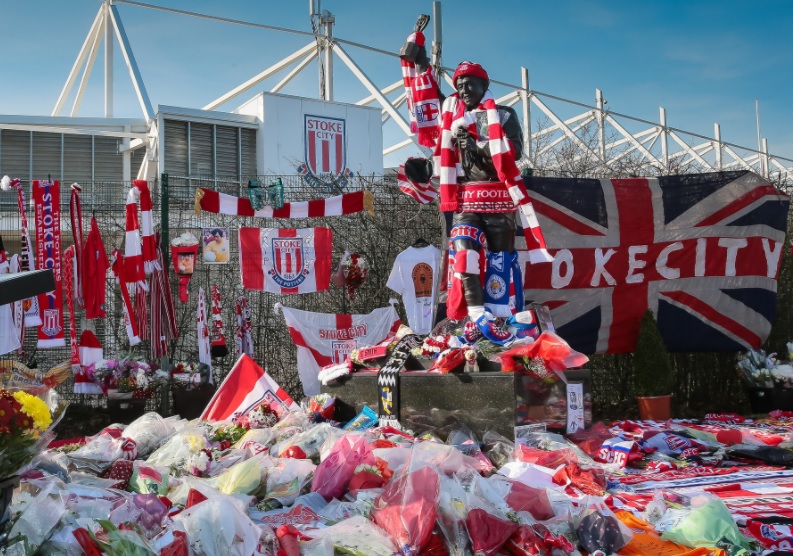 Ten soldiers from Stafford-based 16th Signal Regiment will today form a guard of honour at the funeral of legendary goalkeeper Gordon Banks.

Gordon Banks’ family asked for the military presence at the funeral given the goalkeeper’s links to the Army.

The soldiers, commanded by a junior officer, will provide a guard of honour on the route to Stoke Minster.

At the start of his career in professional football, Gordon Banks served in the Royal Corps of Signals as part of his National Service.

“We have seen the important role that Gordon Banks has played in the life of the local community and it is fitting that we can pay our tribute by providing a guard of honour at his funeral.

“We are proud to have been asked to participate by Gordon Banks’ family. I am glad that our role within the local community also allows us to mark Gordon Banks’ links with the Royal Corps of Signals where he made a great impression at the start of his footballing career.”

In his autobiography, ‘Banksy’, the goalkeeper described how his early career at Chesterfield Football Club was interrupted as a teenager when he received his call-up papers for National Service.

In the book, he tells how he joined the Royal Corps of Signals and was posted to Germany “after weeks of square-bashing at camps in Catterick and Ripon”.

Banks recalled that, once the Army learned that he was a ‘pro’, he was soon picked to represent his regiment in Armed Forces’ tournaments. This included winning the Rhine Cup, a prestigious trophy that at the time was a coveted prize and prestigious trophy in Army sport.

While on his overseas service he met his German wife, Ursula.

After retiring from the professional game, Gordon Banks continued to show his support for the Army, with the Signallers’ charity, the Royal Signals Benevolent Fund, being particularly close to his heart.

Other legendary footballers that also served in the Armed Forces include Sir Bobby Charlton, who joined the Royal Army Ordnance Corps in 1956, the same year he made his debut for Manchester United, and Stoke City great Sir Stanley Matthews, who served in the Royal Air Force during WWII.