Spectra Group (UK) Ltd hosted an official signing of the Armed Forces Covenant (AFC) at their Herefordshire HQ on Wednesday April 3rd.  A major innovator in tactical communications and a Top 100 SME supplier to the UK Government, Spectra is committed to supporting those that have served either directly or indirectly. 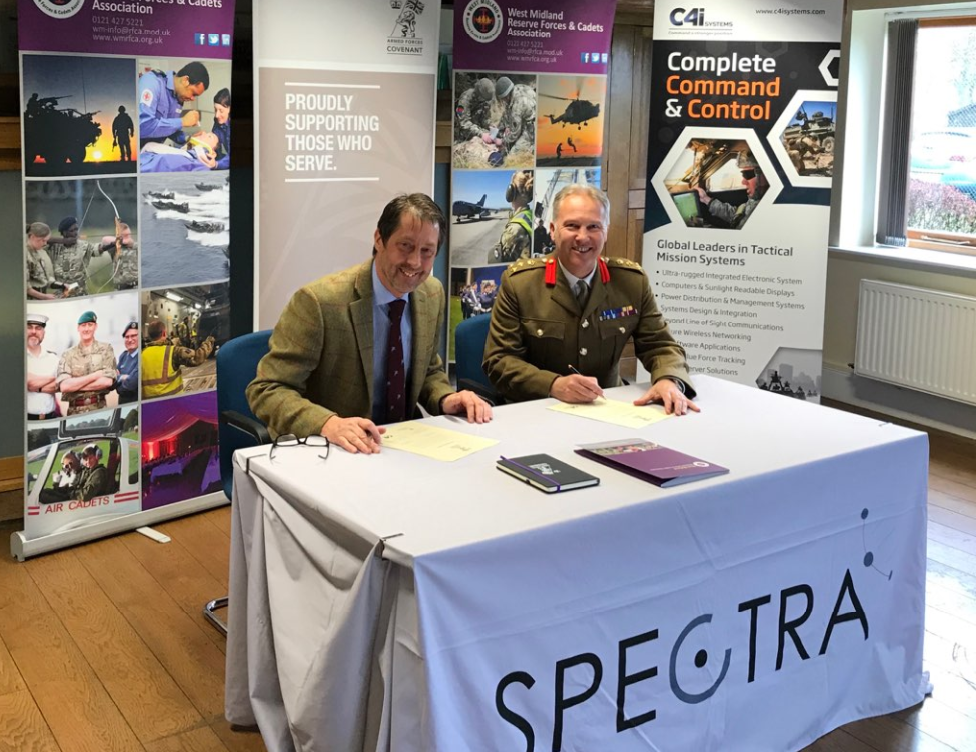 With ambitions to achieve a Gold Employer Recognition Scheme (ERS) Award, the event formed part of Spectra’s commitment to mentoring other organisations to sign up to the AFC and aspire to achieve recognition in their own rights.

“On behalf of the Ministry of Defence and West Midland RFCA I can’t thank Spectra Group enough with their very evident support for the Armed Forces community and leading by example by bringing C4I, Kinetic 6, RWB Global and XReach Limited to the AFC family.

Equally I know that C4I, Kinetic 6, RWB Global and XReach Limited are as committed to showing their support and I look forward to assisting them to achieve national recognition through Defence’s ERS.”

The Armed Forces Covenant is a promise by the nation ensuring that those who serve or who have served in the armed forces, and their families, are treated fairly.