Eighty-five children, aged 13 to 15, from seven schools in Staffordshire have taken on electrical and mechanical engineering tasks alongside soldiers. 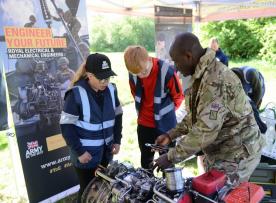 The event, known as Exercise Griffin Spanner, was held at the Army’s Swynnerton training camp at Cold Meece near Stone.

It was hosted by The Royal Electrical and Mechanical Engineers (REME) and is one of the main events the Army is running during the Year of Engineering 2018.

Three interactive and three demonstration stands brought Army engineering to life for the school children who saw the vital part that engineering plays in the military.

On the interactive stands the children took on the challenge of lock-wiring on to a Lynx helicopter engine and learned the important part this skill plays to ensure the Army’s helicopters are safe to fly.

The pupils were also given the opportunity to operate welding equipment used by REME soldiers. And they learned about the electrical and mechanical side of land-based vehicles, competing as teams to rebuild a go-kart in the fastest time. 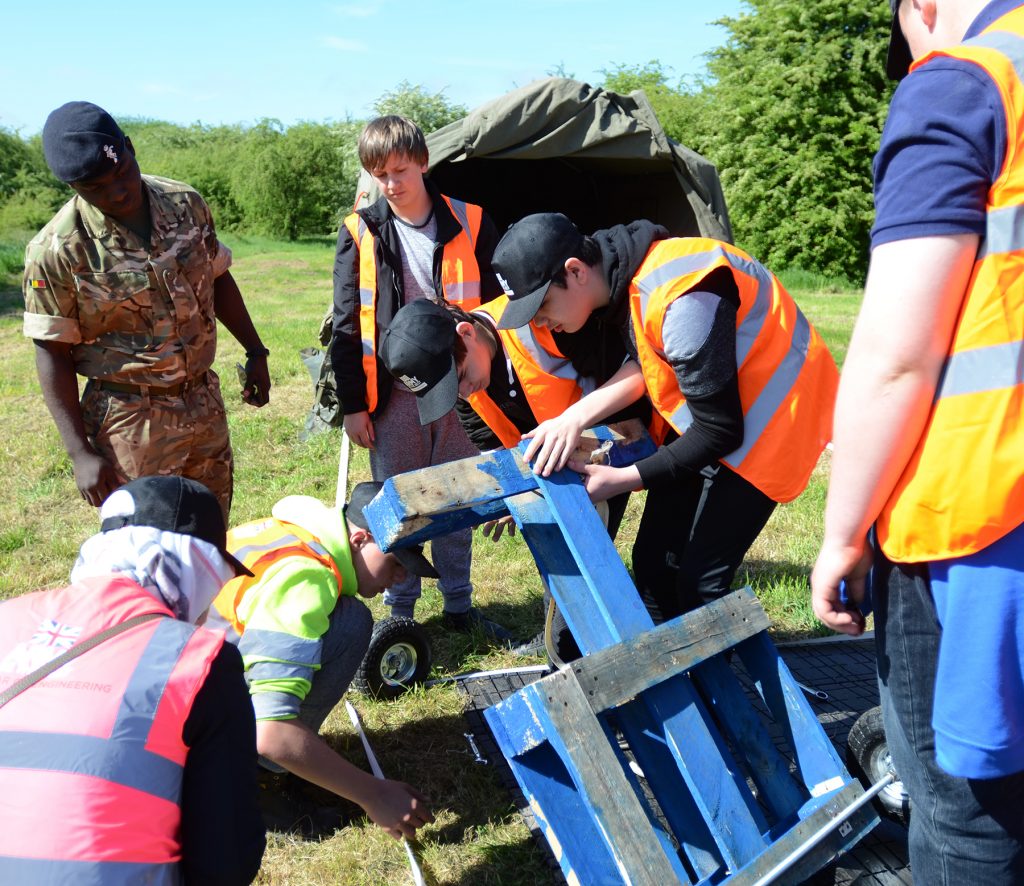 A ‘robot challenge’ was another highlight of the day as the school students found out how mechanical and electrical engineering contributes to the development of robotics.

REME Colonel Clare Phillips said: “This has been a tremendous opportunity for us to show school children how REME puts the punch in the army’s fist. We ensure that vehicles, weapons and equipment are in perfect working order before being deployed and fixed as soon as possible when damaged on operations.

“We maintain all the Army’s equipment including helicopters, unmanned aerial vehicles and even dental hygiene kit and cooking utensils. Without this equipment the Army simply would not function.”