John Wheeldon Primary Academy is located in Stafford, close to MoD Stafford. Since the return of many service personnel to the area, the number of Service children attending the school has increased. It was for this reason that the Academy wanted to join together and signed the Armed Forces Covenant. 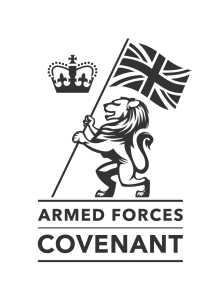 The Armed Forces Covenant is a promise by the nation ensuring that those who serve or who have served in the Armed Forces, and their families, are treated fairly.

Since signing the Armed Forces Covenant John Wheeldon Academy has already achieved their Defence Employer Recognition Scheme Bronze Award; an award granted by the Ministry of Defence to recognise employers who pledge to support the armed forces community and promote that they are an armed forces-friendly organisation.

Claire Clarke, Deputy Principal, commented: “We want to ensure that the wellbeing of our children is at the centre of what we do. As a former military wife I understand how difficult it can be for children to move around and have to make new friends within already established groups. John Wheeldon Academy has a self-named “Magical Military Committee” that meet on a weekly basis. The children decide what they would like to do at these meetings but primarily form the first part of a friendly welcome to our school.

When we first looked at the Armed Forces Covenant it was to find out how we could develop our support for these children further. We were impressed by what the Covenant represented and it allowed us to embrace what we actually do to support our Military on a wider context. Through discussions about the covenant we quickly realised that the employment of veterans, reservists and military spouses was also part of our commitment alongside our annual Remembrance Service.

The decision to sign the Covenant was to develop and enhance our support to the families in our area.”