The event was hosted by 11th Signal and West Midlands Brigade at the Army Reserve Centre in Wolverhampton, home to 4th Battalion the Mercian Regiment. 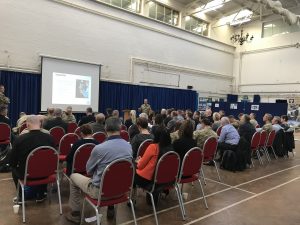 The symposium aimed to develop a better understanding of the opportunities available through partnerships with Higher Education and Further Education institutions and the military, as well as identifying good practice in those communities who currently work together.

Representatives from Army units around the West Midlands spoke about the military’s perspective and their current collaborations with education institutes, including projects with Wolverhampton University and Aston University Engineering Academy.

Key speakers from educational establishments in the Midlands and the West Midlands Military Education Committee gave an academic perspective and discussed how education could gain military support to reach their educational outputs.

A special presentation was also delivered by the Lee Rigby Foundation who raised awareness of their ongoing and future projects. 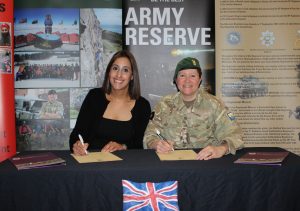 Colonel Rosie Stone, Deputy Commander Reserves at 11th Signal & West Midlands Brigade said of the event: “The military places great emphasis on trades, technical skills, education and personal development, therefore developing a strong relationship with our local academic institutions is very important.  We have much to benefit from working and learning together.

Today we have identified a number of positive initiatives already in place across the West Midlands.  The Military and Academic Partnership will build on this success over the coming months.”

With the success of the first event there are plans to hold a second regional symposium later in the year.  To find out more about future events please contact the organisers via 11x-MAP-ProjectOfficer@armymail.mod.uk