Trio to complete charity walk coast to coast in 5 days

Two Reservists and a Triathlete will be embarking on gruelling walk for charity. Matt, Rob and Ad who all work together at Design Built Exhibitions in Redditch love to push themselves to the limit. On 20th May 2018 they will start at St Bees Bay in Cumbria and take on Wainwrights Walk all the way to Robin Hood Bay in Scarborough, in just five days. The walk was originally depicted in Alfred Wainwright’s 1973 book A Coast to Coast Walk and was described in 12 stages. The usual time to complete this walk would be 14-21 days. 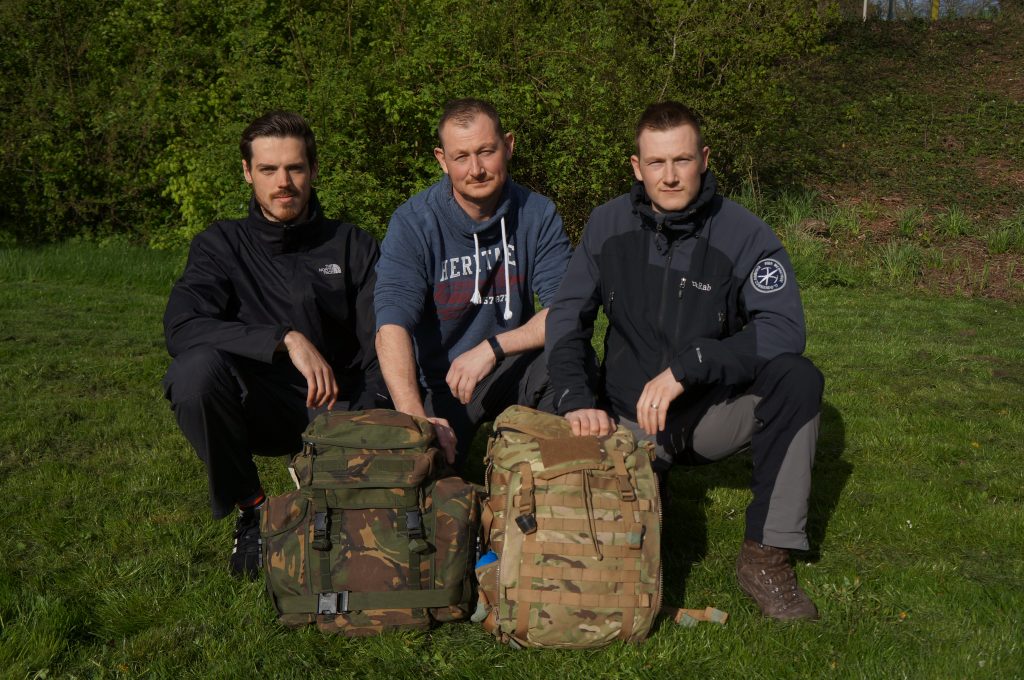 The 192 mile walk reaching heights of 2,560ft will cross three national parks, the Lake District, the Yorkshire Dales and the Yorkshire Moors. Their aim of five days will mean the trio will have to cover over 40 miles each day, which will be made tougher by carrying their own kit with all of their supplies weighing between 20kg and 25kg, depending on the weather conditions.

However, they aren’t just having a nice walk, they are setting themselves a challenge to raise £3,000 for their chosen charities: Dementia UK, Bliss and Charlotte & Craig Saving Hearts Foundation (CCSHF). Dementia UK provides dementia support for families through their Admiral Nurse service, giving them one-to-one support, expert guidance and practical solutions. Bliss exists to give every baby born premature or sick in the UK the best chance of survival and quality of life. CCSHF are raising money to install defibrillators into community venues to give people a better chance of survival should something happen.

Rob said: “I’m looking forward to the first two days in the Lake District the most as it will be the best scenery, and also when I can see the sea at Robin Hood Bay. I’ll be running to the end then!”

Every day is going to be challenging, but the longest day will be day four covering 48 ½ miles, especially after the hilly terrain of the Lake District on days one and two and 44 ½ miles on day three.

The endurance and willingness to succeed is something all three of them have in common, with Ad taking part in triathlons on a regular basis, his next one is just two weeks before this challenge. Matt and Rob, who are brothers, have both been in the Reserve Forces for 10 years and based at HMS Forward in Birmingham. Matt is a Royal Marines Reservist and Rob is a Royal Naval Reservist. They both said, “Being in the Reserves has given us the mentality to succeed and know that we are 100% sure we will complete this challenge as nothing is impossible.”

During their 10 years of Service they have been deployed on Operations and dedicated themselves to their training. If you’re interested in finding out more about the Reserve Forces you can contact West Midland Reserve Forces & Cadets Association www.wmrfca.org

You can find out how sponsor the trio and follow their training and progress during the challenge through their Facebook page www.facebook.com/coasttocoastchallenge.