University Centre Shrewsbury celebrated a historic day as it saw its first cohort of undergraduates gain their degrees at the university’s first graduation day. 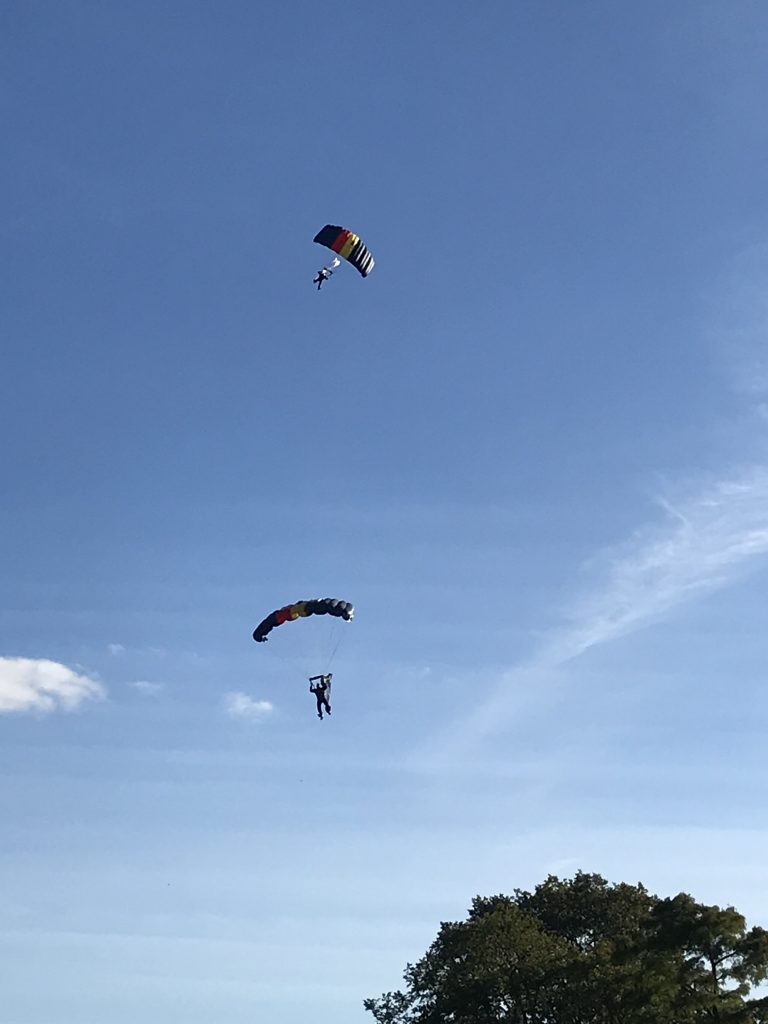 More than 50 students attended the ceremony, along with three honorary graduates who were recognised for excellence in their respective fields.

University Centre Shrewsbury was established in 2014 by the University of Chester and Shropshire Council, with a vision of creating a distinctive institution, focused on high-quality teaching and research, fostering entrepreneurship and contributing to the community, with the long-term aspiration to become and independent university.

To add a special touch to the graduation day the Army Parachute display team flew into the Quarry to deliver flags bearing the University Centre Shrewsbury and Shrewsbury Town emblems.  There was also a ceremonial procession through the town centre before the ceremony at St Chad’s Church in which members of the public and local traders turned out to cheer on and celebrate the success of the students.

As well as celebrating the success of their students on the day, the university was also presented with their Defence Employer Recognition Scheme Silver Award by Colonel Rosie Stone; an award which recognises the support and commitment that businesses and organisations show towards the Armed Forces community.

This community is made up of currently serving personnel, Reservists, veterans, Cadet Force Adult Volunteers and their families.

The Defence Employer Recognition Scheme was launched in 2014 by the Prime Minister to recognise and reward UK employers for their support for and commitment towards the Defence Community.

To find out more about the Defence Employer Recognition Scheme, or how to nominate your employer for the award, visit our webpage here.