Birmingham Moseley Rugby Club are holding a Military Match Day at their stadium on Saturday 3rd September 2022. The event will launch with the opening of the Military Village at 11:15, where members of the Armed Forces will be on hand with family friendly activities.

At  11:45 the Colts team will play their game and then 15:00 will be Birmingham Moseley against Sale. During the main match the Red Devils Display Team are planning to parachute into the stadium, and the club will sign the Armed Forces Covenant.

To thank Armed Forces personnel for their service to the United Kingdom, Birmingham Moseley Rugby Club is giving members of the forces and their families free admission to the game (maximum of two adults and three children) – all you need to do is present your military ID card at the signposted ticket office on the day of the game in exchange for match tickets.

For more information and to buy tickets, visit their matchday webpage. 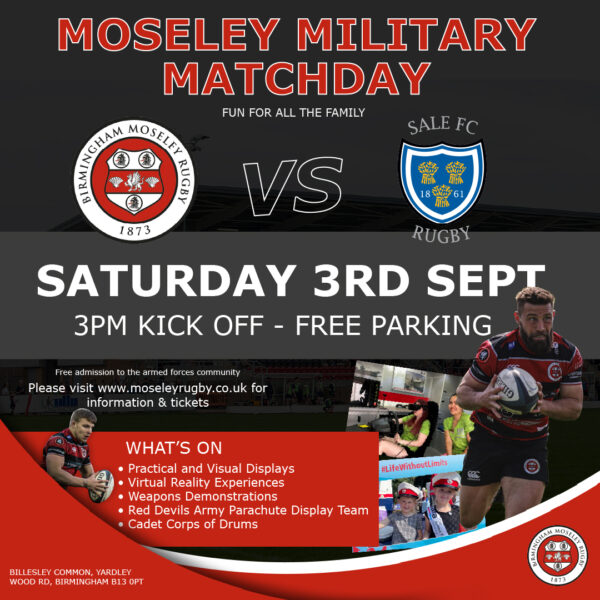