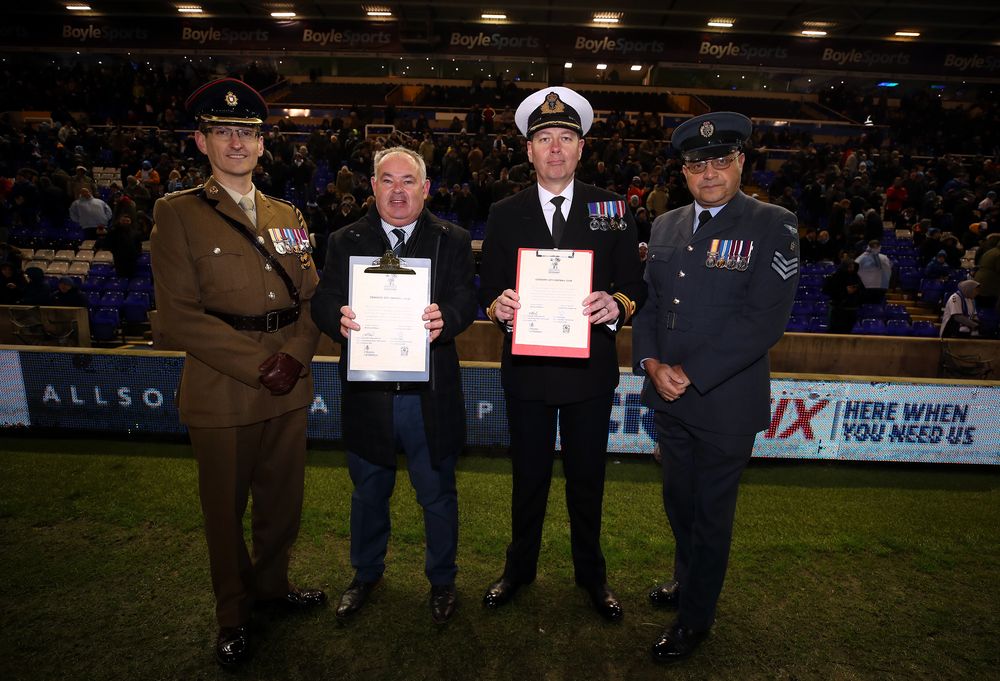 In October 2019, Coventry City FC became only the second major club in the West Midlands to sign the Armed Forces Covenant.  In doing so, they committed written pledges of support to the Armed Forces community.

The Armed Forces Covenant is a promise by the nation ensuring that those who serve or who have served in the Armed Forces, and their families, are treated fairly.

Nearly 5,000 organisations have signed the Armed Forces Covenant since 2014.

Royal Naval Reservists from HMS Forward, based across the road from St Andrews, joined the team for the walkout. They are currently recruiting Reservists, offering people an opportunity to develop new skills and have new experiences alongside their day job.  HMS Forward regularly host recruitment events throughout the year where visitors can get a taste of what life is like for serving personnel.

Chief Executive Dave Boddy said “We are delighted to sign the Armed Forces Covenant at our game against Portsmouth and to formally show our support for our Armed Forces. They continue to make the greatest sacrifice for us and our security, and we as a Club are grateful for that and value their work.

“Many of the club’s past and present supporters are members of the military community or have links with them, and we are proud to show our support for them and their service to their country in this way and our dedication to continuing our support going forward.”

Commander Philip Sparke said “It was a great honour for the ship’s company of HMS FORWARD to attend the match.  Albeit some way from the sea, the City of Coventry has a very long standing relationship with the Royal Navy, and in particular with HMS FORWARD, which serves the wider West Midlands region, but in particular counts many Coventry residents amongst its number.  For tonight’s match and beyond, we say Best Foot FORWARD!”

To find out about joining the Royal Naval Reserves, visit www.royalnavy.mod.uk/careers/royal-naval-reserves or come along to the Uniformed Services day at HMS Forward on Sunday 8th March from 1-4pm.

Any organisation, no matter how small or large can sign up to the Armed Forces Covenant, if you would like to find out more visit www.armedforcescovenant.gov.uk/ or please email Bobby Birdi at wm-reed@rfca.mod.uk 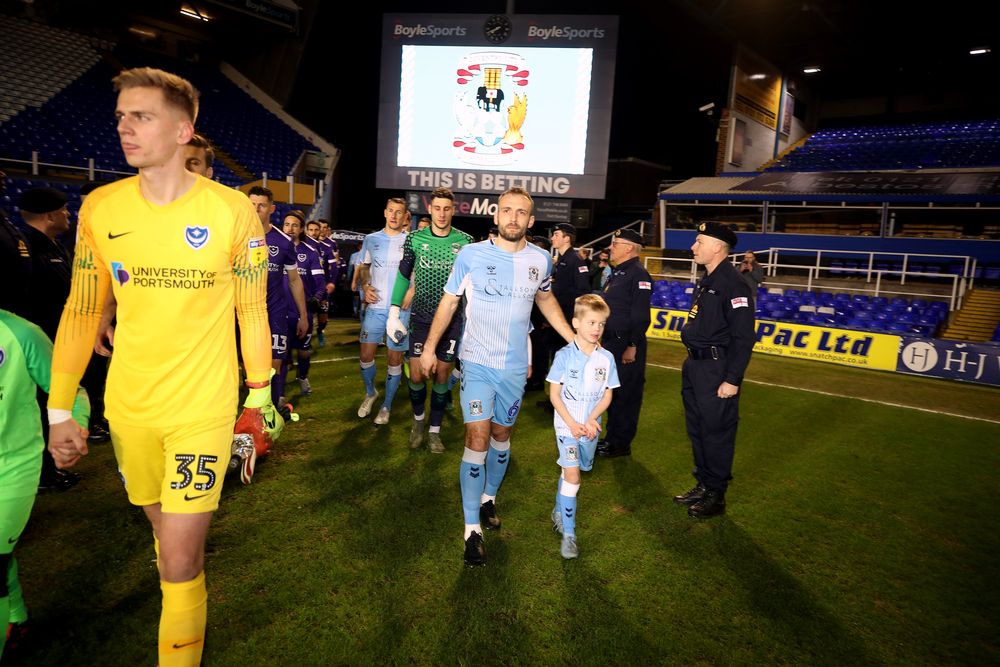 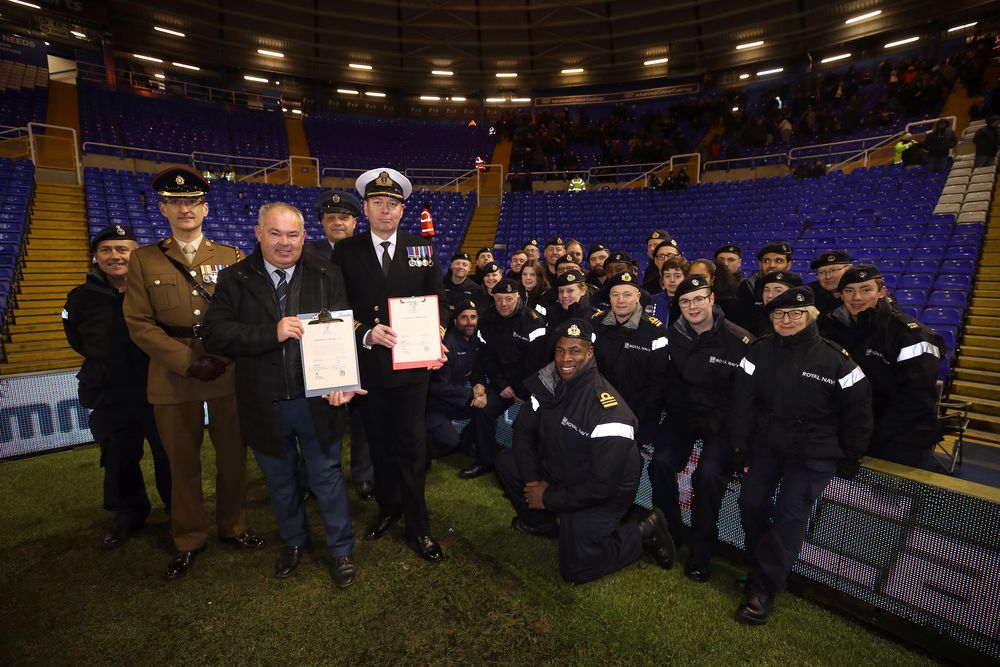