Halfords nominated for Award at ‘The Millies’ 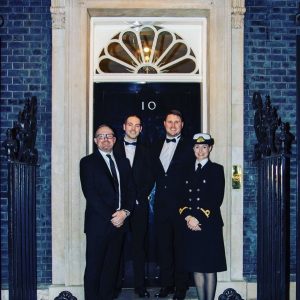 The Sun Military Awards, also known as ‘The Millies’, is a star-studded event, with the world’s media focusing on the dedication and commitment of our Service men and women. This year, the well-known cycling and motoring business, Halfords, was nominated for an award in the Support to the Armed Forces category.

Exactly a year to the day of the Awards ceremony, Halfords signed the Armed Forces Covenant, pledging to support Service Leavers and their families, as well as Reservists working for the company. Their pledges include offering automatic interviews to relevant roles within the business, in addition to giving 10 days additional unpaid leave to support Reservists.

Since signing the Armed Forces Covenant in February 2019, Halfords have gone on to be awarded Silver status in the Defence Employer Recognition Scheme. The company has supported Reservists in its head office by organising a ‘Wear Your Uniform to Work’ day during Armed Forces Week, inviting Reservists from around the West Midlands region to engage with its colleagues. Furthermore, Halfords has employed 73 Service Leavers into key positions in its employment in the last year. 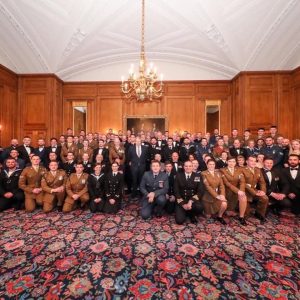 Whilst Halfords unfortunately didn’t go on to win the Sun Military Award – instead the award was presented to the very worthy organisation All Call Signs, who created a peer to peer messaging app for veterans during difficult times – Halfords was extremely pleased to be recognised for its efforts in supporting the Armed Forces.

SLt Charlotte Kertrestel, a Royal Naval Reservist and Halfords employee, attended the event, saying: “Being able to represent both the Royal Naval Reserve and Halfords is a real once in a lifetime opportunity. Seeing how much talent, commitment and bravery we have in the Armed Forces is humbling, and it’s great to be a part of that celebration!”.