School gives thanks to those who serve 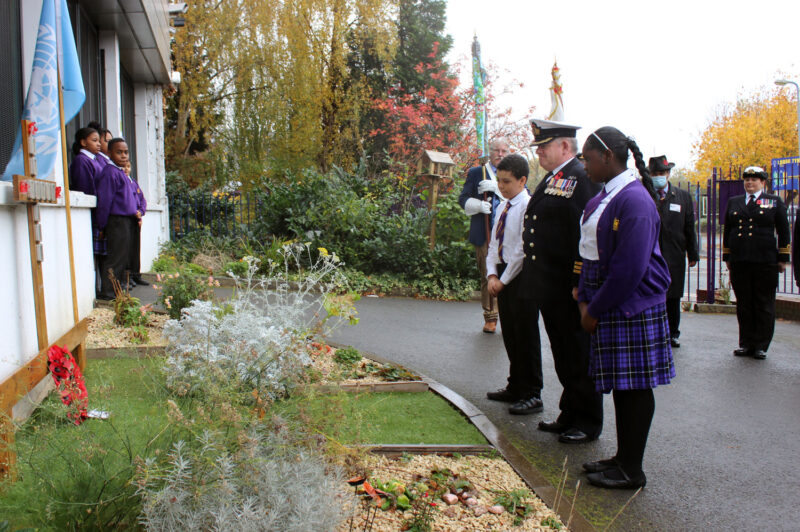 A Birmingham-based school is one of the latest education providers to formally pledge its support to the wider forces community.

King Solomon International Business School in Aston teaches children from foundation year through to sixth form.  Offering a wide and vibrant curriculum, the school’s key visions and values are to promote diversity, peace, kindness and mutual respect – based on the virtues associated with the school’s Christian faith designation.

By encouraging their students and staff to learn about different cultures, faiths and communities, including the three military services and those who form part of the wider forces family, the school has been able to strengthen its links with the Armed Forces community. 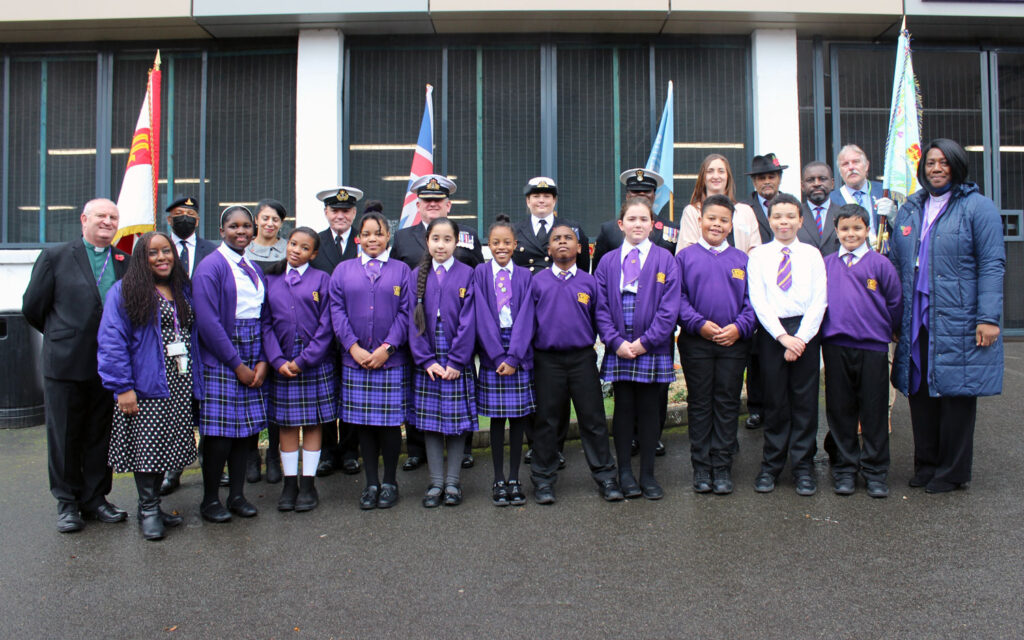 In the lead up to Remembrance Day, the school hosted a special event which saw their students laying a poppy wreath at the school’s dedicated Garden of Remembrance, with quiet reflection to remember and thank those who have served.  Representatives from our Association, the Royal Navy, the WAWI Project and local standard bearers attended to support their ongoing partnerships with the school.

As part of the event, the school cemented the growing relationship by signing the Armed Forces Covenant; a voluntary pledge which outlines the ways an organisation can help to support the forces community.  This includes serving Regular and Reservist personnel, veterans, military spouses and their families, and Cadet Force Adult Volunteers. 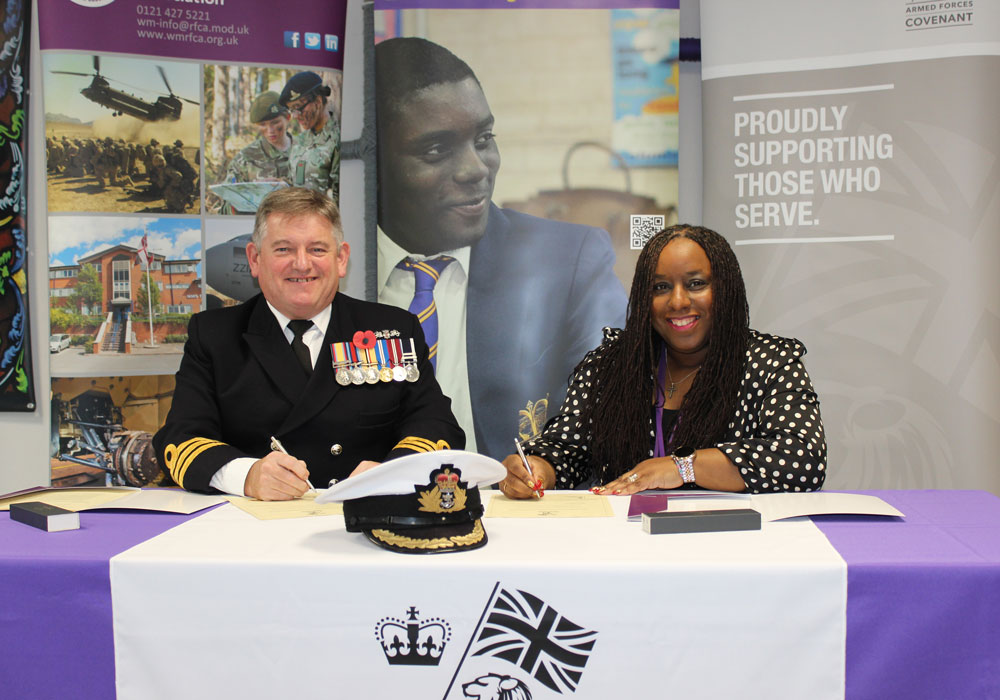 Co-signed by King Solomon’s Deputy Head of Primary, Michelle Grannell, and Commander Steve Henaghen, Chief of Staff Naval Regional Command for Wales and Western England, the pledges aim to demonstrate that those who currently or have previously served in the Armed Forces, and their families, should be treated with fairness and respect in the communities and society they serve.

The Year 6 students who were present for the signing also posed their burning questions to the Royal Navy team about life at sea – and jumped at the chance to model the coveted Navy hats.

Faith, the Head Girl at King Solomon’s Primary School, reflected on the day by saying, “We know that veterans would rather have sacrificed their lives for our sake, so that the generations to come would be in a better environment and live a better lifestyle, dedicated to making the world a more peaceful and better place.  Words cannot express the gratitude that we have for veterans and how grateful we are.”

Cat Suckling, Regional Employer Engagement Director for the West Midlands added, “We are delighted that King Solomon International Business School has formalised their commitment to the Armed Forces community by signing the covenant; it was particularly poignant to see students aged 10 and 11 taking part in a wreath laying ceremony before the signing and observing the signing itself, they showed an impressive level of maturity and understanding at such a formal and sombre event.

“The School has worked with the Royal Navy Engagement team over a number of years as well as the WAWI project, I am sure that formally signing up to the pledges of the covenant will serve to maintain and ensure the longevity of these relationships.”

You can also find out more about how your organisation can play a part in supporting the wider forces community and veterans.