What is Victory in Europe (VE) Day?

VE Day falls on the 8th May and marks the time the fighting against Nazi Germany in Europe came to an end in World War II.  This year in 2020 we are marking the 75th anniversary since the guns fell silent.

On 8th May 1945, the Prime Minister Winston Churchill made an announcement on the radio at 3pm to declare that the war in Europe had come to an end, as Germany had surrendered the day before.

Although the war in Europe had come to an end we cannot forgot those who were still in conflict until the 15th August 1945, when Japan had then surrendered to the Allies, finally ending Word War II (know as Victory in Japan Day, or VJ Day).

Why do we celebrate VE Day?

VE Day celebrations will place this year during 8th – 10th May.  The 75th anniversary will provide the opportunity for our nation and those around the world to reflect and remember the sacrifice, courage and determination of everyone who fought or helped to support the war effort.

It was not just the Armed Forces and Merchant Navy from many countries who gave their lives or returned home injured in body and mind.  There was also a huge effort on our home-front from the nation stepping up to help the country; women and men who operated the factories, farms, mines, and shipyards, ARP wardens, local defence volunteers, the home guard, police officers, doctors, nurses, fireman and many others.

During the war times were hard as people lost their loved ones and friends, or were separated from them for lengthy times.  Many citizens took on different jobs to support the home front and rationing made for difficult times.

Once VE Day was announced in 1945 it was a chance for the country to celebrate the end of their hardship.  Huge crowds turned out in London and across the UK to celebrate, with street parties taking place locally in many communities. 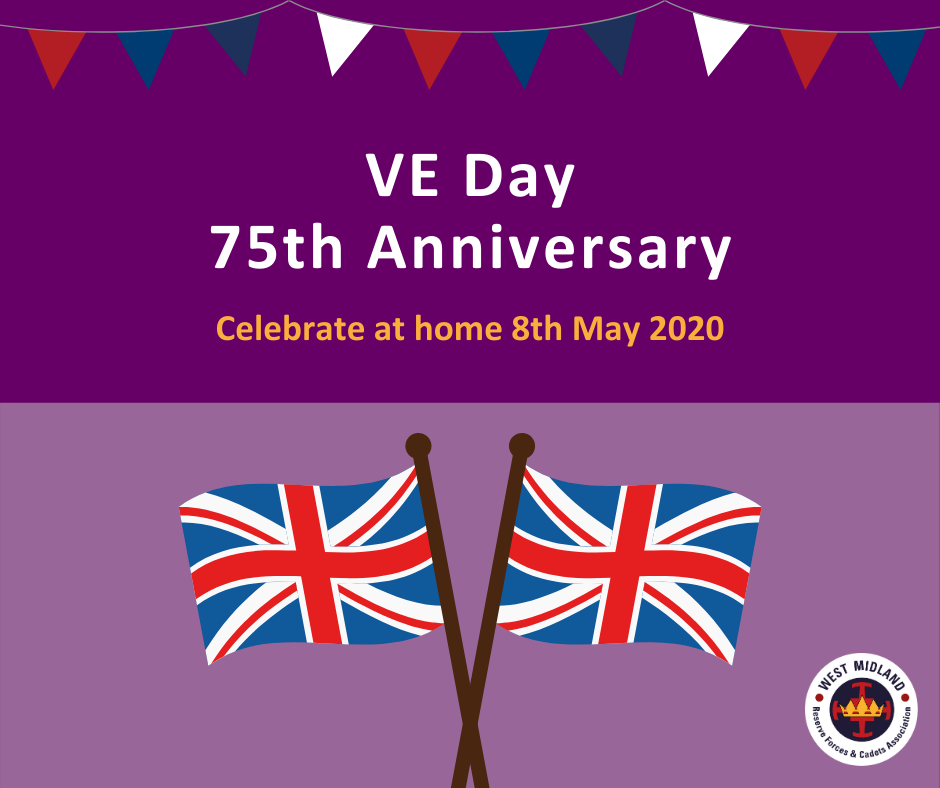 Due to the unprecedented situation with Covid-19 many of the original national celebrations over the Bank Holiday weekend have been cancelled.  However there are still many ways you can join in and celebrate from the safety and comfort of your own home!  These include:

Stay safe, have fun and take a moment to reflect!