Our Association’s Employer Engagement team delivered two separate Employer Recognition Scheme (ERS) Workshops during January for those employers who submitted expressions of interest for the silver and gold level awards under the scheme. 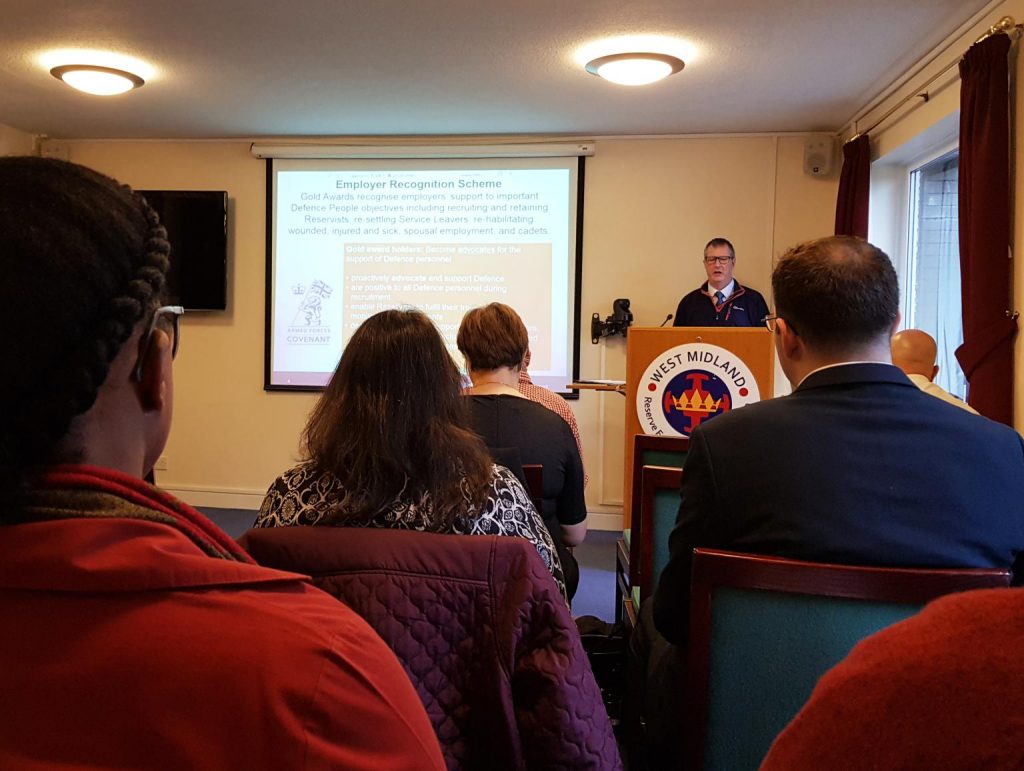 Launched in 2014, the Employer Recognition Scheme seeks to recognise those employers who support the UK’s Defence objectives and encourage others to exhibit the same behaviours.  The Ministry of Defence’s intent is to publicly recognise the most supportive employers in order to thank them, encourage similar behaviour and advocacy in other employers and promote the benefits of working with Defence on people issues.

The awards work on a tiered system with organisations achieving either a bronze, silver or gold award depending on their level of support.

Successful awards are then celebrated at prestigious award ceremonies, held regionally for silver award winners at the National Memorial Arboretum, and in London for the national gold award winners, which is attended by ministers and senior officers from across the three services.

The purpose of the workshops is to provide the guidance and advice necessary to those submitting nominations, with employees from 23 organisations attending over the two events.  Last year there were 15 successful silver nominations, and 8 successful gold applications.  For 2020 there are currently over 28 potential applicants aiming for their silver award and 22 aiming for the top level of gold; a significant increase on last year.  To date 89 silver awards and 17 gold awards have been awarded in our region.

Global Radiodata Communications Ltd achieved their silver award in 2019, and were one of the organisations who attended the gold award workshop.  Their Marketing Manager, Jon Simpson, said: “We’re a small company, but with over half our workforce hailing from the Armed Forces, or the partners thereof, we got a lot out of the event.  The session offered lots of encouragement and plenty of ideas to help us offer support to veterans, reservists and other members of the military community.” 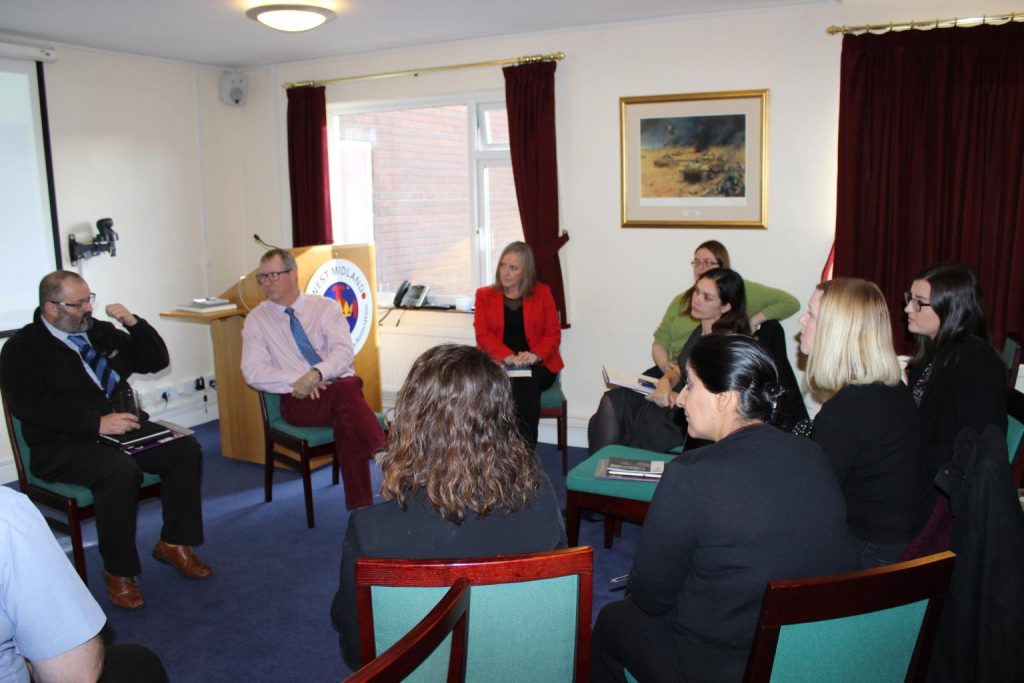 “Employers attending have found the workshops to be informative, of value, and gives them the tools necessary to make an informed decision as to whether to proceed, and if so, to put together a strong nomination.

“The shared ‘best practices’ learnt from previously successful organisations, and those going through the process have been of particular value, very well received and much appreciated by those who attended.

“There are no guarantees of success however, particularly given that interest in the scheme growing and number of nominations increasing, which inevitably points to competition stiffening.  We look forward with interest to see how many succeed this year, with the confidence that these workshops will have prepared candidates well.”

The expression of interest period remains open until the 11th of March for gold, and the 15th of April for silver, with the nomination deadlines on the 25th of March and 29th of April respectively. Those wishing to learn more about the scheme, or who believe they meet the necessary criteria and wish to submit a nomination for either gold or silver, may do so here.