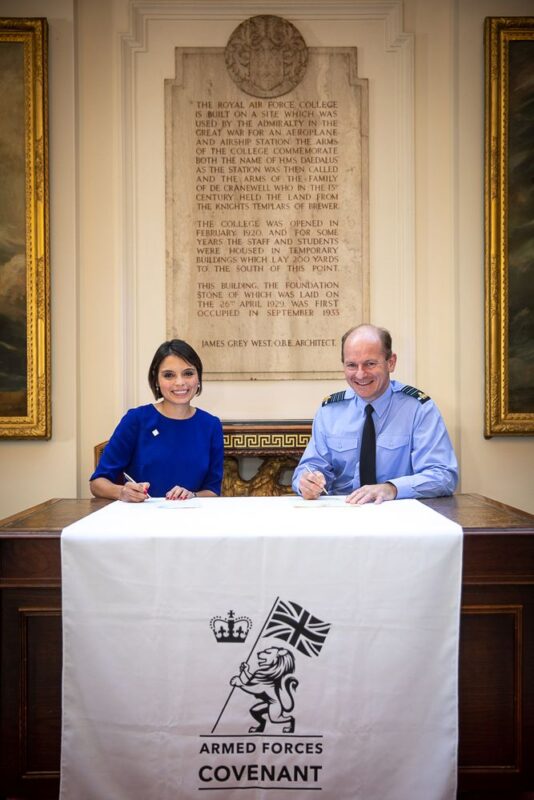 Head of the RAF, Air Chief Marshal (ACM) Sir Mike Wigston, supported youth charity the Jon Egging Trust (JET) in its signing of the Armed Forces Covenant at a ceremony at RAF College Cranwell in Lincolnshire.

ACM Wigston was hosted during the visit by JET CEO, Dr Emma Egging, who said that the occasion was of huge significance to the charity, who delivered their first Blue Skies support programmes at RAF College Cranwell in 2012.

“Since our foundation over a decade ago, the RAF and its ethos have sat at the heart of all we do,” says Emma. “RAF College Cranwell hosted our very first ten students in 2012, and we have since worked with 25 military bases and 35,000 young people across the UK. Military personnel epitomise JET’s core values of teamwork, leadership and resilience, and our RAF volunteers are exemplary role models to our students, supporting them during Blue Skies sessions and taking time to speak to them about their own journeys which often involve overcoming adversity.

“To be back here today where it all began for JET, signing the Armed Forces Covenant with Air Chief Marshal Sir Mike Wigston – is hugely symbolic. Not only does it celebrate our commitment to service personnel, veterans and the wider military family, but it deepens the commitment of both the Jon Egging Trust and by extension our partners within the RAF family, to the local communities we serve around RAF bases.”

ACM Wigston says: “The unique gift that JET offers to our stations and our armed forces family, is its ability to reach deep into the local communities around our RAF bases, helping some of the most vulnerable young people in our society to think differently about their futures. I am delighted to support JET in their signing of the Armed Forces Covenant. As Chief of the Air Staff, I am proud that the RAF continues to support the Jon Egging Trust and the young people that together we serve.”

The Armed Forces Covenant was established in 2011 as a formal promise from the nation to recognise the sacrifices made by service personnel and their families. In signing the covenant, organisations pledge their commitment to supporting the armed forces community and its veterans. 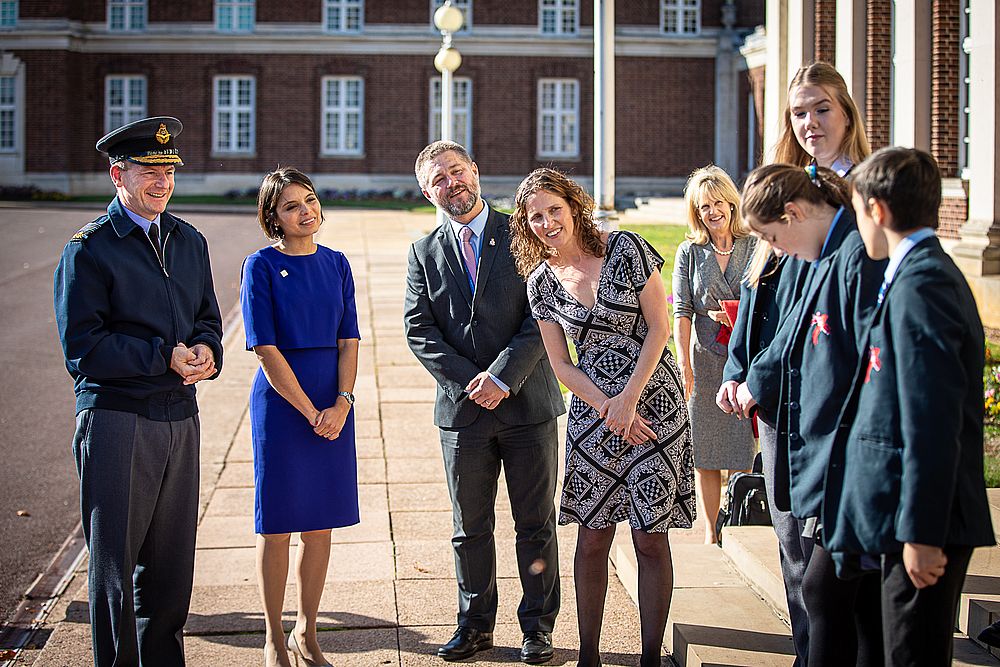 Students from St George’s Academy in Sleaford who are currently enrolled on JET’s Blue Skies programmes, welcomed ACM Wigston and his wife Lady Kate Wigston to Cranwell on Thursday afternoon, and spent time describing their experiences of working with JET and RAF personnel. Lincolnshire JET graduate, Josh Dale, 22, also spoke at the ceremony, explaining the impact of his own Blue Skies experience:

“JET helped me to build a mindset of overcoming situations and adapting. When I left school, I couldn’t enlist in the RAF for medical reasons so I took a different route. I’ve just graduated with a first-class honours degree in Product Design, and this year also won the Royal Society of Arts’ Student Design Awards with a concept to convert decommissioned oil rigs into large scale kelp farms and processing units for rural Scottish economies. I also have a product in development that will be hitting the market next year!

“Reminiscing about my time with JET, the thing I most appreciated was talking to those who volunteered their time to support us. Listening to them recall their stories, talk about their day to day lives, places they’ve been, lessons they’ve learnt and experiences… it made me realise that life throws you lots of curve balls, and that’s okay – you catch the ones that matter!”

Find out more about the Armed Forces Covenant and how your organisation can support the forces community.