During the first week of March, three cadets were formally appointed as the new Lord Lieutenant’s Cadets for the Herefordshire region at a virtual ceremony.

Each year Her Majesty’s Lord Lieutenants for the counties in our region of, Herefordshire, Shropshire, Staffordshire Warwickshire, West Midlands and Worcestershire, appoint young people to serve as the Lord Lieutenants Cadets for their respective regions.

It is a high profile appointment for the chosen cadets.  As a Lord Lieutenant’s Cadet their role is to assist the Lord Lieutenant with his/her duties during their year in post, which often involves being on parade for royal visits, attending Remembrance events and acting as an ambassador for their organisations and the county.

With the Covid-19 restrictions over the past year, sadly many of these official functions have been cancelled or moved to a virtual sphere.  As a change to normal precedent, some of the current Lord Lieutenant’s Cadets have also extended their role for a further year, which is a reflection of their continued achievements.

Her Majesty’s Lord Lieutenant for Herefordshire, Mr Edward Harley OBE, and Colonel Richard Hopkins, Commandant of Hereford & Worcester Army Cadet Force (HW ACF), gave thanks to the cadets for their service so far, and welcomed a new Lord Lieutenant’s Cadet to the fold.

This Lord Lieutenant’s Cadets for this year are: 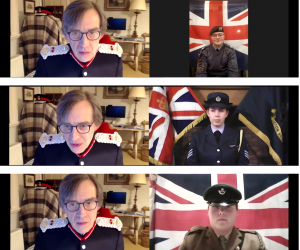 “A deep thanks to the adult instructors and volunteers who so freely give up their time… and our cadets; having reached the level you are today is a great achievement.

“I would say to those of you who are leaving, whether or not Covid-19 has allowed you to do anything, remember that you really were chosen for a prestigious role, and I trust that you and your family are very proud that you were picked.

“For those staying on another year I would particularly like to welcome Elijah, and I hope that there will be more for all three of you to do – there is every hopeful chance you will be very busy this year!” 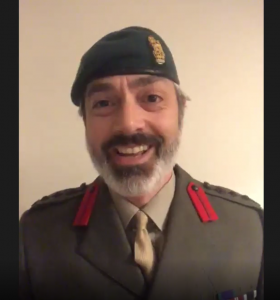 As a former Lord Lieutenant’s Cadet himself, Colonel Richard Hopkins reflected on his role, adding: “It absolutely gave me life choices that I may not have had, had that not been on my CV.  It falls back on the achievement of being nominated for it, and being given that award.

“I know it’s disappointing that you may not have attended very much, but the achievement was being nominated in the first place, so do lean on that on applications in the future to stand out from the crowd!”

Find out more about the Lord Lieutenants’ Awards.